After Christmas (and Semmering) we trained for a few days and celebrated New Years Eve! After dryland we all rushed to put on our dresses and fancy clothes. Marcel made us a delicious meal with appetizers, starters, the main meal and dessert. As we digested and enjoyed everyone's company we played a "Catch Phrase", guys against girls. Catch Phrase is a timed game where a word appears on the screen. You have to make your team say the exact word without saying any part of the word itself before you pass the game on. However, if you are the one holding the game when the timer stops your team loses a point. After the girls team won, Kirchberg came alive with FIREWORKS!! 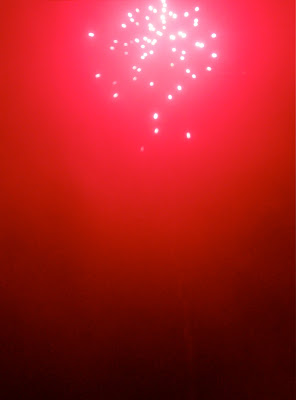 I practiced using my new camera!! 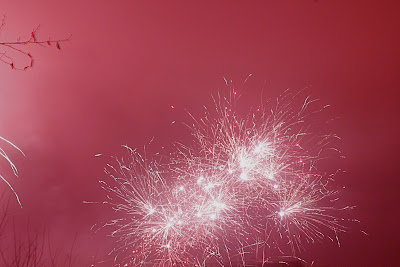 After training one day, Mitch and I decided to go for a walk and figure out our cameras better. We met Eve along the way!

Finally, our next World Cup race came along in Zagreb, Croatia. 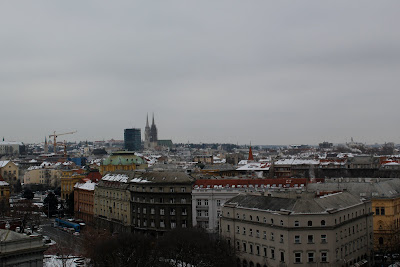 My Dad left early to make his way through the small mountain towns, and take some pictures along the way. His panoramic view... of the wrong way!

Zagreb is a little bit different than most races. First of all, all the teams stay in the same hotel and we stay in a fairly big city. The morning before the race all of the cars line up at the hotel for a convoy up to the hill. The shut down the route to the hill until the last car of the convoy has passed by. All of the streetlights were blinking and police officers were blocking all of the side streets. In the convoy, we made our way up a windy, narrow road to the top of the hill.
Dad's view from the bus... 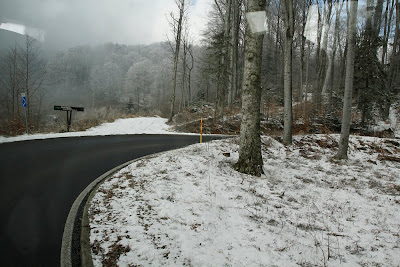 We parked at the top, while the finish line was at the bottom.
We were allowed to have one free ski run on the race hill and then it was game time! The snow was really hard, perfect for my start number of 45! However, the fog was not ideal!
A picture of the bottom before second run... (Dad's view) 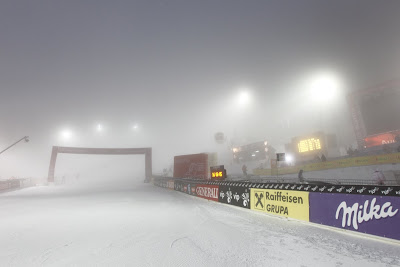 Our team was ready to race, ready to show everyone what we can do! However, with this mentality, in slalom especially, anything can happen and our team ended up with a disappointing day. Everyone went as hard as they could, but we had no one crossing the finish line. I came out of the start pumped up and ready to go! The first section felt good, however I came over the pitch, cut the line in a little bit too much and... my day was over. I straddled.

Looking okay coming over the pitch. Get a nice little pole tap in... 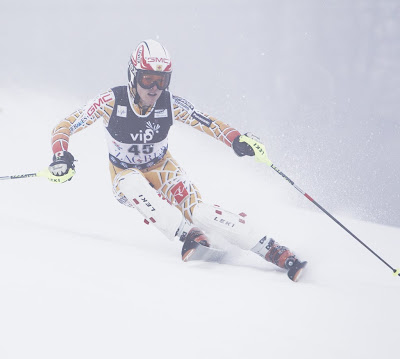 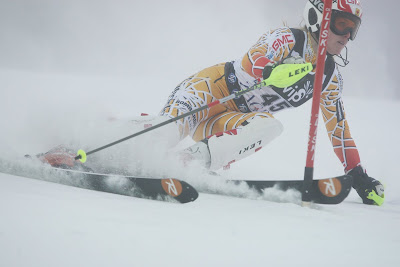 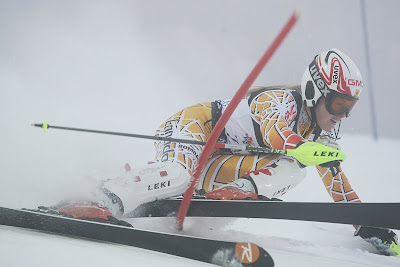 However, it is slalom, anything can happen. In the guys race a couple of days later a guy that came 30th first run ended up 3rd second run. That is why I love slalom, it's never over until it's over and next race we will prove that!
It was my Dad's last night, so we decided to walk around and take pictures. When we got too cold, we decided to reconvene the next morning and see a little bit of Zagreb!
It's a pretty nice city... 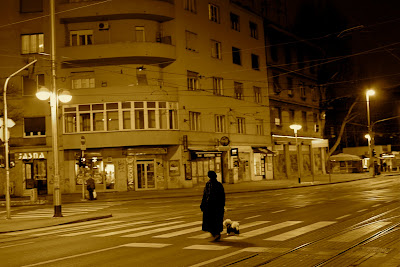 The streetcars pass by all the time. 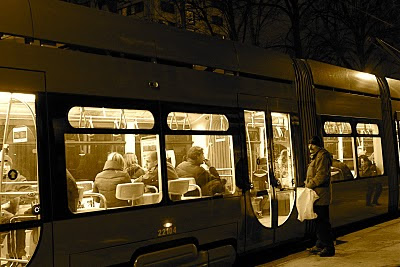 The buildings are tall. 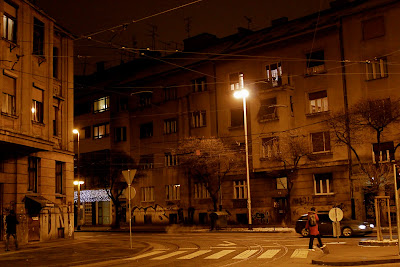 Even the graffiti is nice. 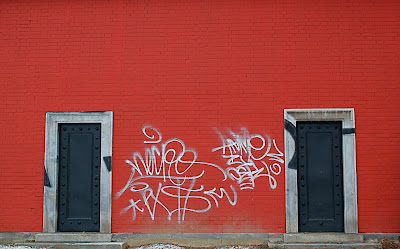 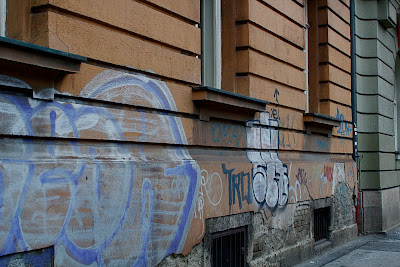 The buildings are big and old. 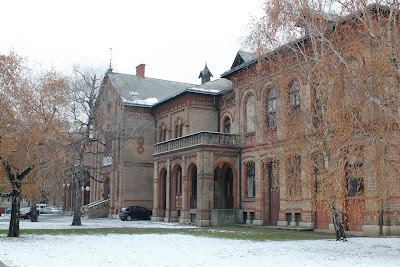 Looking up at our hotel... 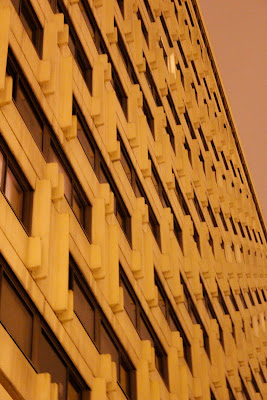 Today we are traveling to Saint Sebastian to race a Europa Cup. From there we will drive to Flachau for a World Cup on the 11th!
Email Post