After I blogged last time, we traveled 4 hours to Saint Sebastian for a Europa Cup slalom race, and stayed in Mariazell. 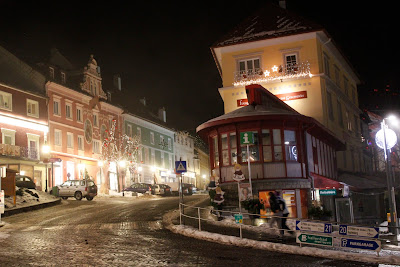 We arrived fairly late, so we decided to walk out our cramped car legs and look around the city. It was a foggy night, and the air seemed to suffocate all of the lights. 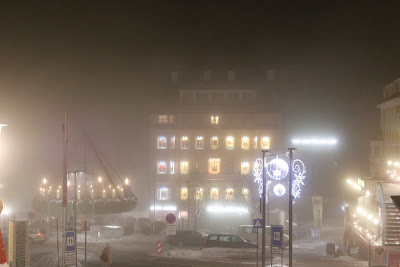 (There is an advent calendar on this building. Every window represents one window on the calendar.)

Most of the stores were closed, but we made our way through the deserted streets. 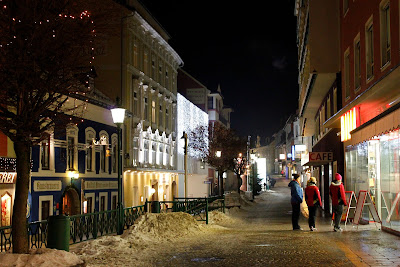 A cute family walking down the street! 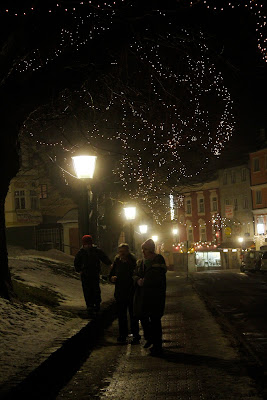 We saw that there was a huge church right in the middle of town. At the end of our walk, I decided to go into the church and look around. I discovered more and more about what I thought was a usual church as the days went on. It is called the Mariazell Basilica (Shrine). It is said that the area was dedicated to a monastery in 1103. In 1157, a monk was looking for a place to build his monastery and found his way blocked by a huge boulder. He set a wooden statue of Mother Mary on the boulder, prayed and it cracked in two. From this point they slowly began building the church that remain today. The Pope is said to come once a year to honour the over 850 year old church. Mariazell means "Mary's Cell".

I didn't get a very good picture of the church, so I copied this one from the internet... 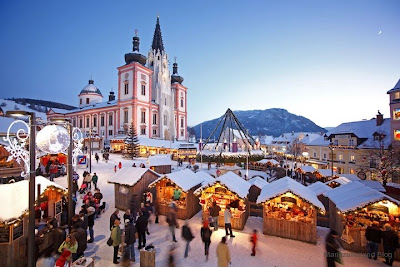 The next day was our race in St. Sebastian. The weather really warmed up before the race and we were told that the snow might now be very good. However, the snow seemed to set better than they thought it would. I started 41st, so the pitch was still rough and holey, but it only lasted for about 10 gates or so. I ended up 15th after first run, giving me a better start number for second run. I tried to take advantage of the earlier start because it was one of those days where anything can happen! The course was a lot smoother and I ended up 4th in the race.
After the race we drove 3 hours to Flachau, Austria to prepare for our next World Cup slalom race. When we were almost there, Tim's engine in the van completely shut off, the lights in the car came on and he said, "Oh, just hang on for a minute Erin." He pulled into a bus turnoff and stopped; athough not without angering the drivers behind us because we couldn't signal and they couldn't see our break lights... oops.
Today we are going to train in the afternoon and then freeski on the race hill at 6pm. Tomorrow, the lights will be bright, the crowds will be loud (ie filled with Gluwein), and the race will on!!

In the meantime, here are a few old pictures from Nakiska of Anna, Mitch and I... 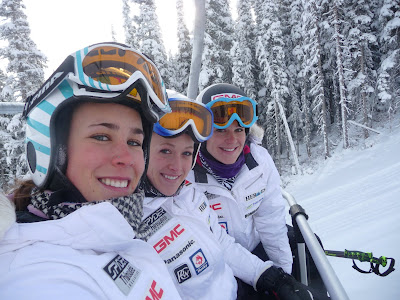 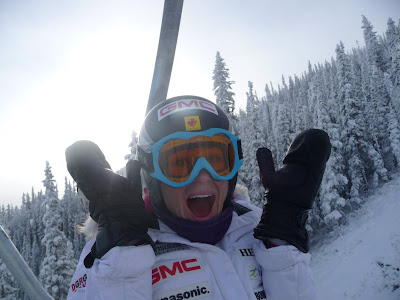 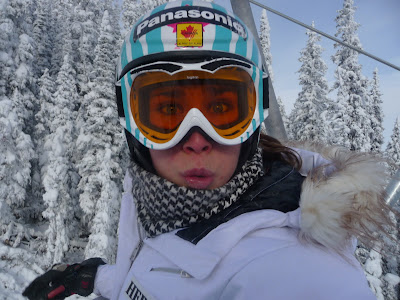 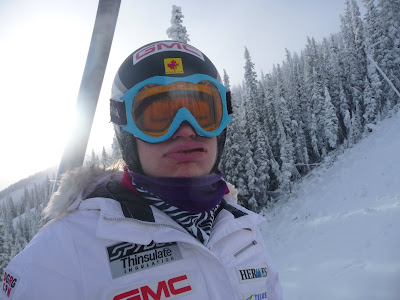 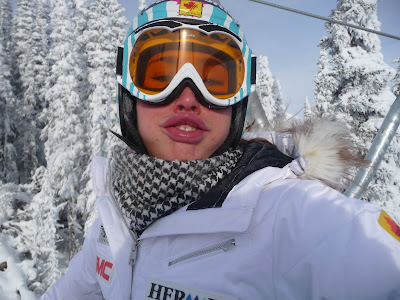 Me.. but I think Anna's face behind me is better. 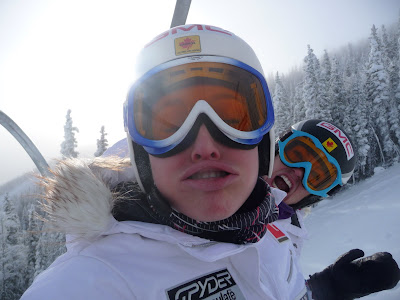