TO START OFF... A VIDEO FROM OUR DAY OFF
(photos taken by Anna and Chemmy, made by Kelly!)

After two intense days of gs, we changed over to slalom on the Pitztal Gletcher... (these next pictures are from Jenny!) 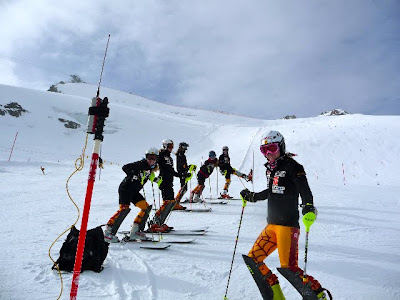 I described a lot about getting up to the training hill in a blog last year, but this year everything was much more tame. Usually we would leave the hotel at 6:40am to get to the bottom of the tram at 6:45am. We would then wait for the doors to open at 7:00am, when the coaches would be allowed on and then about 10minutes later whatever athletes fit in the leftover spaces. The next tram doesn't come for another 15minutes, so everyone tries to squeeze into the smallest spaces imaginable. We change into our ski clothes at the top of the tram, put on our skis and ski down to the bottom of the "gondola". However, it's not a normal gondola. In this case, four gondolas run right beside each other and there are four sets of four. 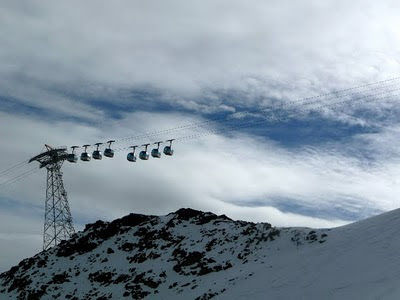 Two sets of four gondolas passing each other... 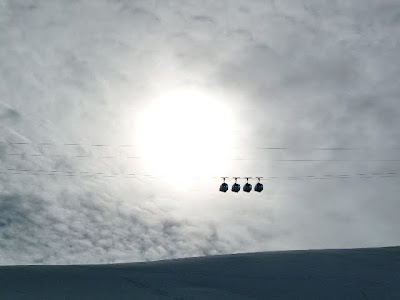 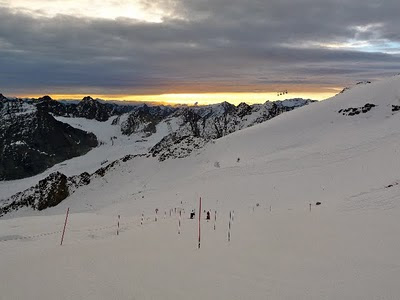 After our day of slalom, bad weather started coming in. The coaches decided that it was time for a day off. The people at the hotel decided to show us all of the different Austrian wines during a wine tasting. Team bonding! 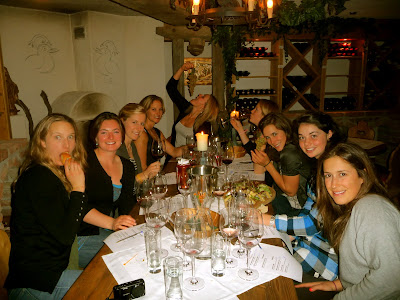 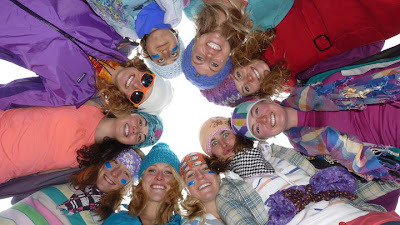 We decided to dress in colourful outfits... 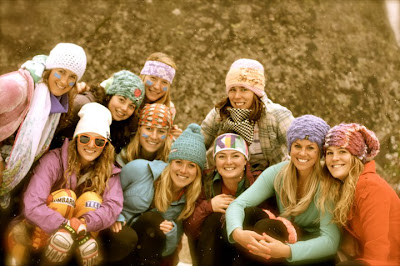 And take pictures against a big, dark rock... 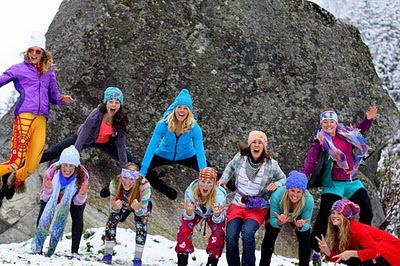 With the camera on a timer, taking 10 shots at a time... Sometimes we failed... 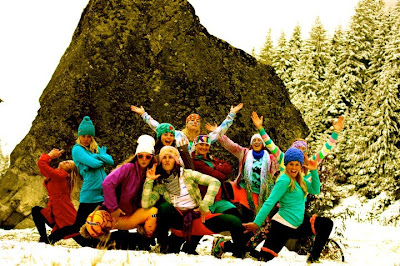 But mostly we got amazing shots!

After our snow day, we headed to Holland for some indoor skiing. We got lost a few times along the way, but finally made it! We have our first session on the ICE this morning... I hope I don't get as bruised as last year!
Email Post