EUROTRIP- Comes to an End

After our snow day in Pitztal, we drove 8 hours to Landgraaf, Holland for some indoor training. 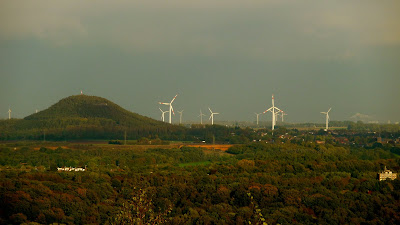 The flats of Holland! (The highest part of Holland is the hill we were training on.... which I wouldn't even compare to Collingwood!) 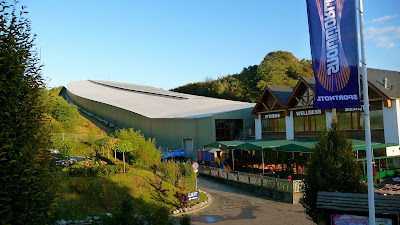 The hill from the outside

It was perfect timing because everywhere in Europe had just had a big snow storm and training wasn't very good. So we took advantage of the constant conditions and got used to injected snow and FLAT courses. 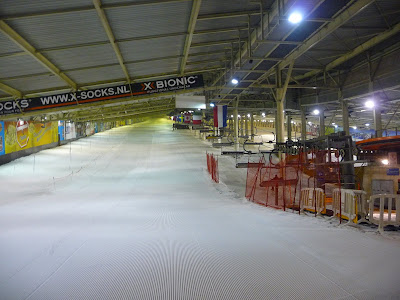 And when I say flat... I mean... F.L.A.T. - Not usually my specialty
We stayed at Snowworld for 2 and a half days and skied 5 two hour long sessions. This usually meant waking up in the morning for a session, eating lunch and relaxing for about 2 hours, and getting ready for another session. 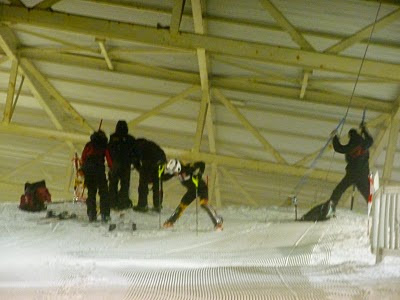 Warming up at the top 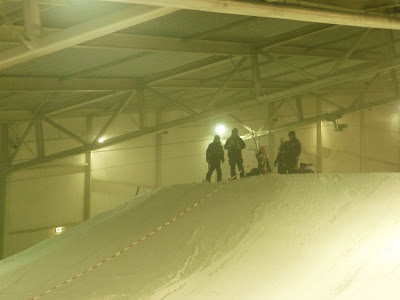 The visibility when the snow guns are turned on...
The last day we were all excited to travel back to Solden and witness the sun again (aka I am SURE we were all vitamin D deficient by the end of those 2 days). Our final session started at 6:30am and you could tell we were feeling the effects of the early morning. I was not cut out to be a hockey player! Tim decided that we should call it a day when Eve almost hit the wall and the next run, I tipped a gate and went flying towards the wall and threw my skis to the side at the last minute.

SOLDEN WORLD CUP!!!
We were all really excited for the quickly approaching world cup! The girls racing for Canada included Mitch, Mp and Vic (who was racing her first world cup)! 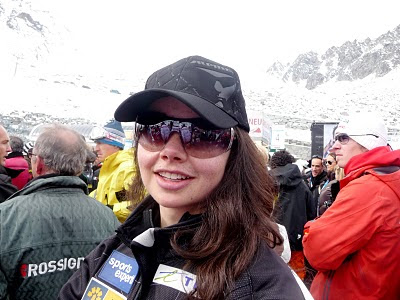 Vic after her solid run in her first World Cup!!

All of the Rossi girls went to a Rossignol get together the night before and then Mitch, Mp and Vic prepared for the race, and the rest of us were ready to cheer them on! 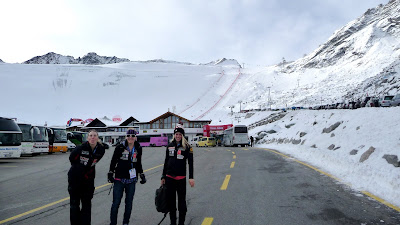 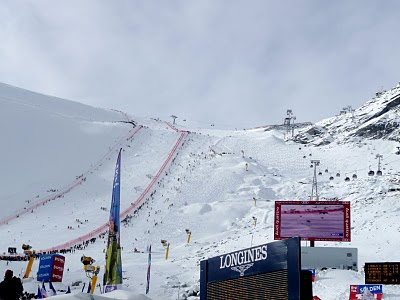 The view from the bottom! 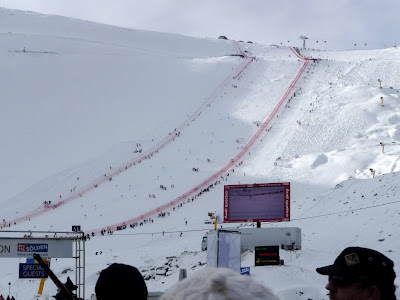 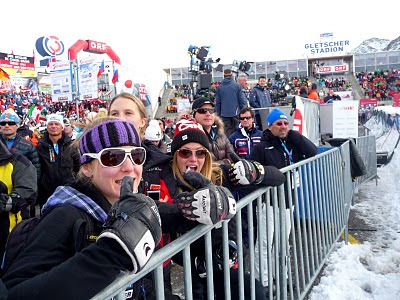 Britt, Maddy and I cheering for everyone from the bottom! It was a tough day on an extremely tough hill, but the girls made us proud. Mitch finished the day in 13th and came 2nd in the 2nd run!! AMAZING. WAY TO GO MITCH!

After the race in Solden we were supposed to stay for three extra days to train slalom on the race hill. However, the snow that was forcasted to come, came... and with a vengeance. We woke up on Monday morning and were called to a meeting to decide what we were going to do about all the snow, since we couldn't train. And now I am home... 3 days early...
The coaches looked at all of our options: a) move elsewhere- but the snow storm seemed to have hit everywhere!
b) Move back to Snowworld- but 5 sessions on those flats was enough for all of us!
c) Go home and get ready for Levi!

I am home sweet home! Meaning clean clothes, a big, comfy bed, and NO MORE PASTA for every meal!!