My bags turned out to be more of a nightmare than I ever thought. When I posted last, I was in high spirits while I waited for my bag. I alternated between wearing long johns that I left at Kevin's, to Kate Ryley's clothes and Kevin's clothes. My bags eventually made it to the Montreal airport where they sat for a few days. Then they were shipped to Vermont. However, all bags have to go through Tennessee and Maine before they reach Vermont.
Kevin told me two days before I left that my bag had arrived at his house... and I immediately asked, "Just one bag?" Yes, just one bag. The other bag was stuck in Tennessee. One person told me that it would arrive the next day, I felt better. The next time I called they said that it was stuck at customs, I was scared. The next time, that it was "lost". Finally, they said that when the bag was found, it might be in a shipment heading out on Monday. I left for Europe on Sunday.
The next morning, it was a relief to see that my bag had started moving again, and it ended up in Vermont. However, it was in a locked container that wouldn't be opened until Monday. Also, even if it could be opened Kevin's name (I'm not sure why) and address were on the bag, so unless I had an id saying that address, I wouldn't be able to pick up my own bag. But he was racing... and busy WINNING that day!
To back an even longer story, short, after a 3 way call between several people in charge they said that they would look for my bag and if I arrived after closing, but before 4pm, I could come and get it. I drove an hour and a half to the shipping warehouse, knocked on a back door, entered through the door that the trucks used.... and got my bag at 4pm the day before I left for Europe.
I am now in Europe with clean clothes in one bag, not so clean in the other. But I have everything!!

This was the view from out of my window in Kirchberg, Austria yesterday! It has been really warm here, so we are struggling a bit with the snow. It feels like it was just summer and we are already salting our courses! 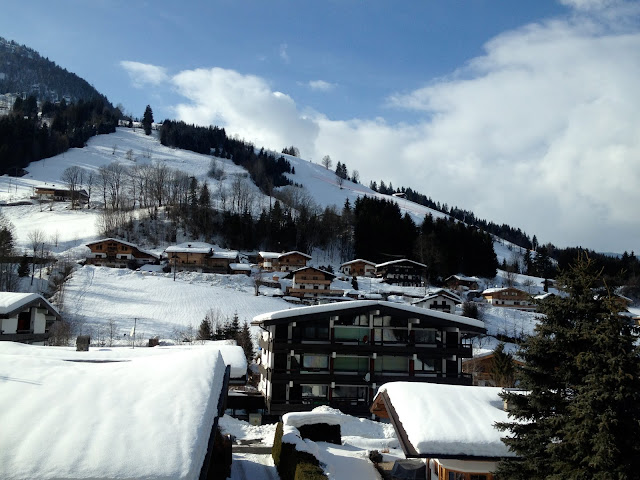 Here are a few leftover pictures from Soldeu, Andorra and Sochi!
MP ripping it up through the wind! 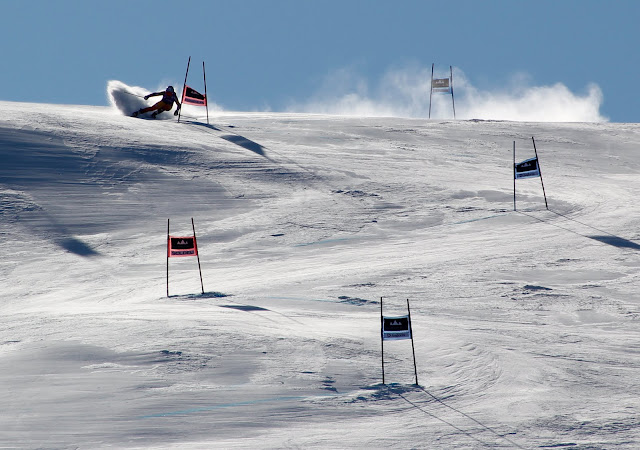 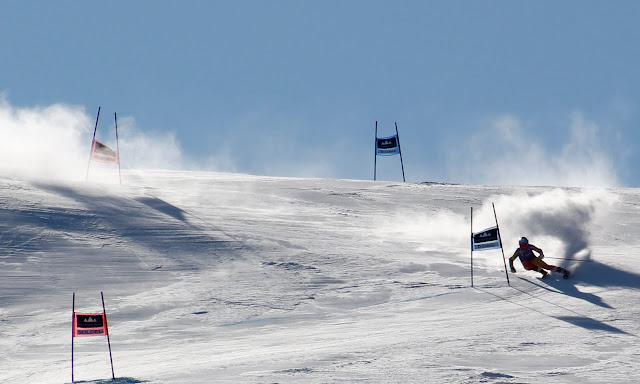 Mitch placed in the top 10 for her third race in a row! 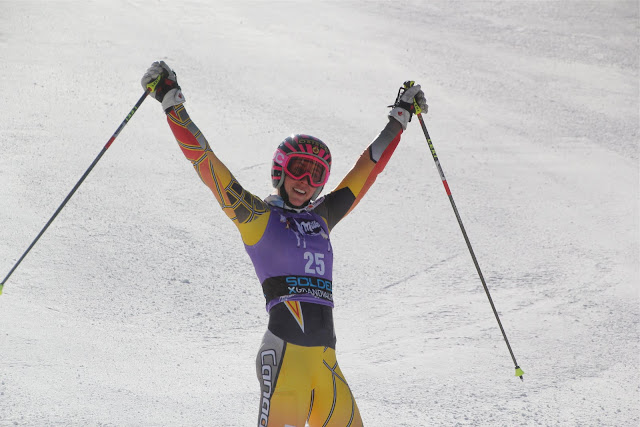 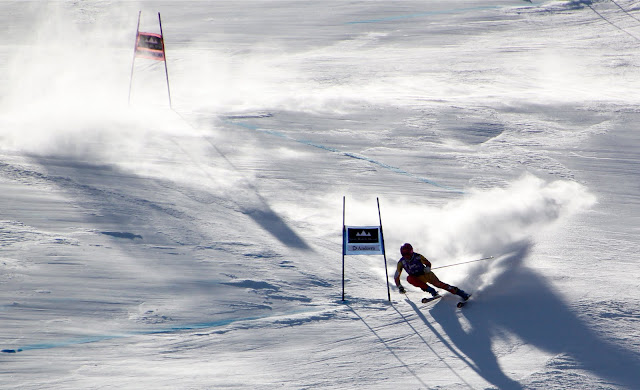 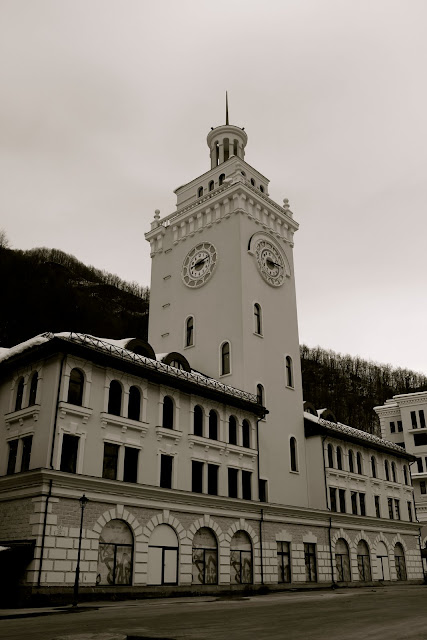 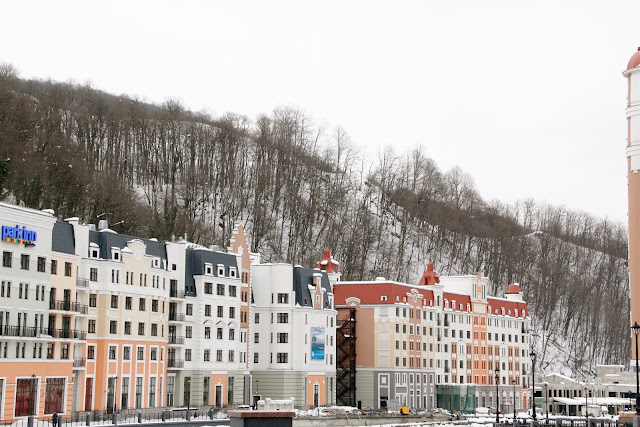 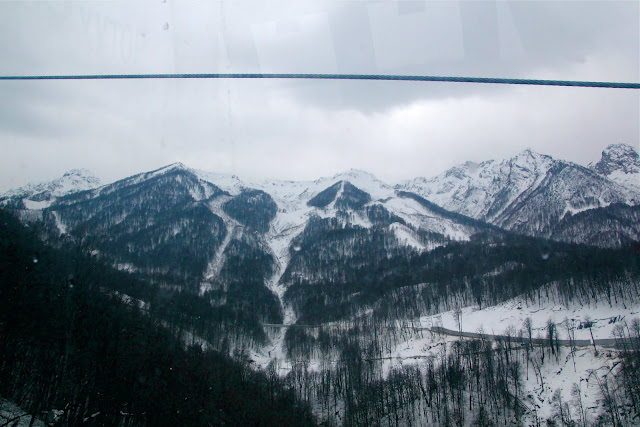 Rosa Khutor, the village that we stay in. I'm not sure if I would pet the dogs in Russia.... I think that they are guarding the bridge. 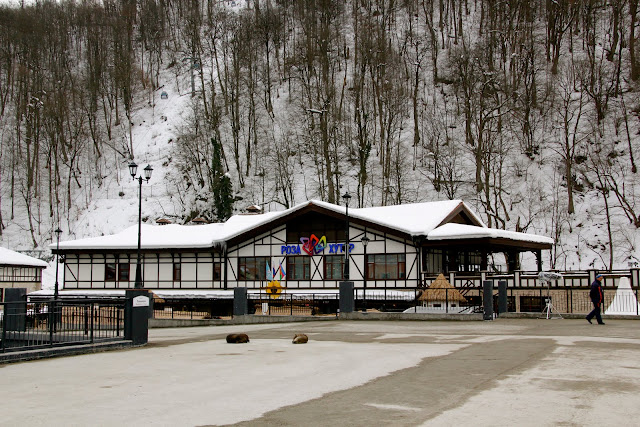 Rosa Khutor from the gondola. 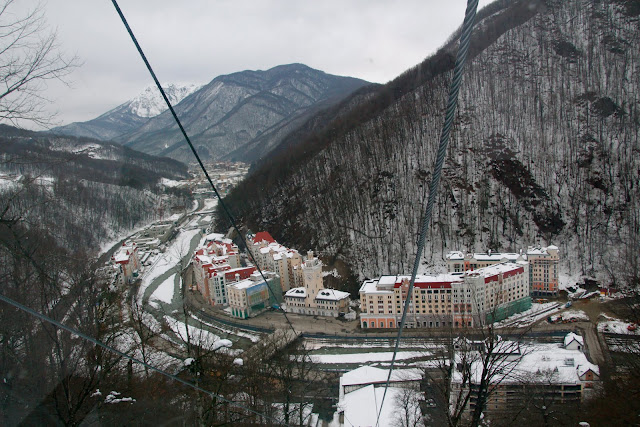 They are getting the athlete village ready.  It's in shambles now, but I am sure that it will look amazing soon. 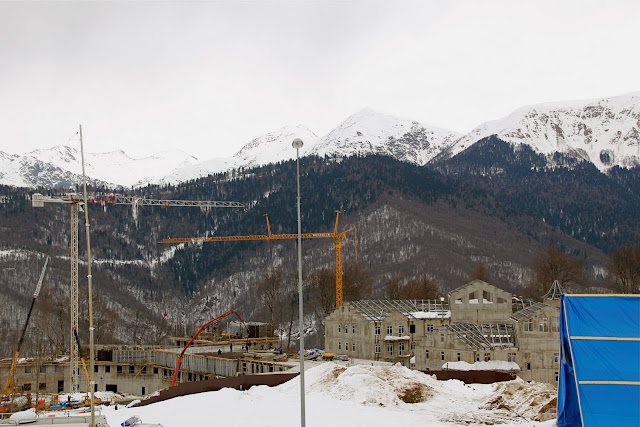 More construction by our hotel. 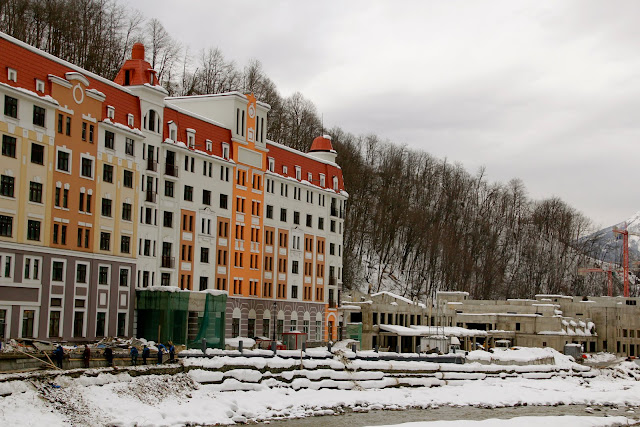 I have realized that most of the compliments I get about my clothes are about this one particular sweater.... But I stole it from Kevin. I will be the one asking him for fashion advice from this point forward.
We will train here for two more days and then head to Ofterschwang, Germany!
Email Post