Since I last blogged, this is the 5th hotel that we have been in. Yet, now things really start getting crazy! Tomorrow we head to Andorra and on Sunday I head to Sochi.
But I will rewind quickly for a few seconds...

Most importantly.... our Canadian team has been kicking it recently! Jan Hudec won the downhill in Garmisch, Erik Guay came 3rd and Ben Thompson moved into 5th from 50th!! Canadians have been dominating in many snow sports these days. At the Skier Cross at Blue Mountain Marielle Thompson won the women's, Brady Leman won the men's and Chris Delbosco came 2nd. MP Prefontaine came 16th in the Garmisch Super G. Our other teammates are killing it at the Nor Ams in Colorado!
THE TRUE NORTH STRONG AND FREE


We trained for a few days in Val di Fassa in Italy in the Dolomites! 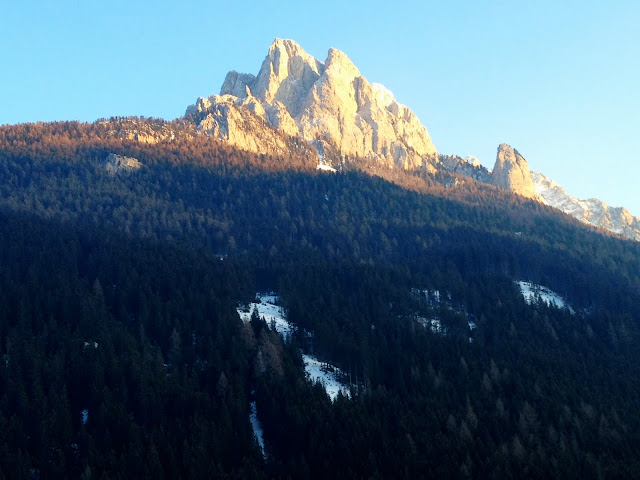 Although it was chilly, the views were spectacular to wake up to. They made Anna and I feel less cramped in our closet sized room. 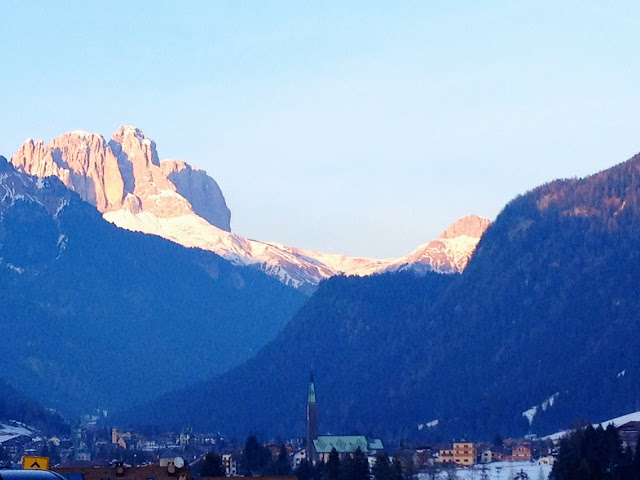 On our last night, the Italian girls took us out for pizza! I think Europe is the only place that it isn't ridiculous to say, "I ate a whole pizza on my own." 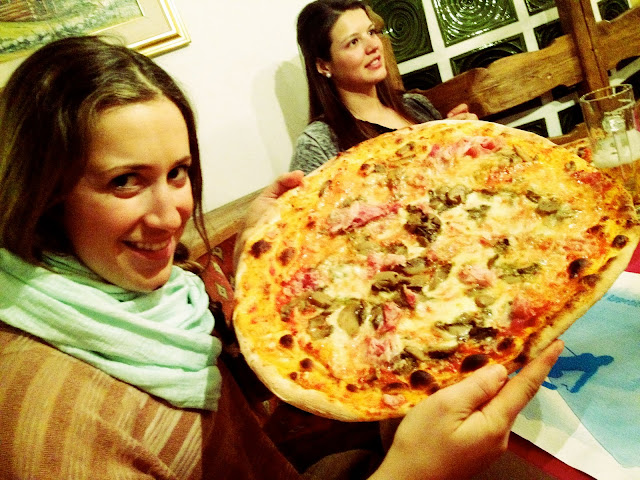 Maybe I should keep these things to myself...
Anyways that was one of the best pizzas I have ever had in my life. The insomnia that came afterward was definitely worth it.

We left Val di Fassa in good spirits and with pizza on the mind. Next up: San Candido, Italy for two Europa Cup races. I struggled in these races and had to address some issues I'm having with flat hills; obviously I come from Georgian Peaks! I think I learned a little bit every run, and my coach said it correctly, "You are not trying to measure myself up against the girls around you. You are learning during these races to catch the World Champion." To me, that makes a lot of sense and keeps me patient for a little longer!
The races were VERY cold though.  (photocred for next 3: MP) 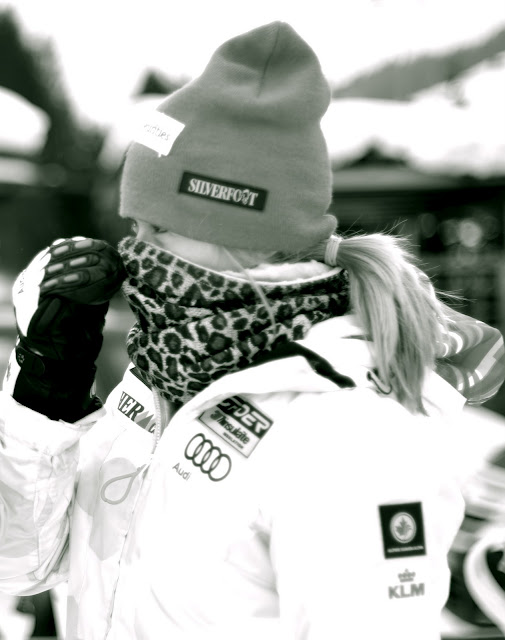 MP made this new, amazing, tube-like Swagg to wear on cold days! It was the best thing in the world that day! 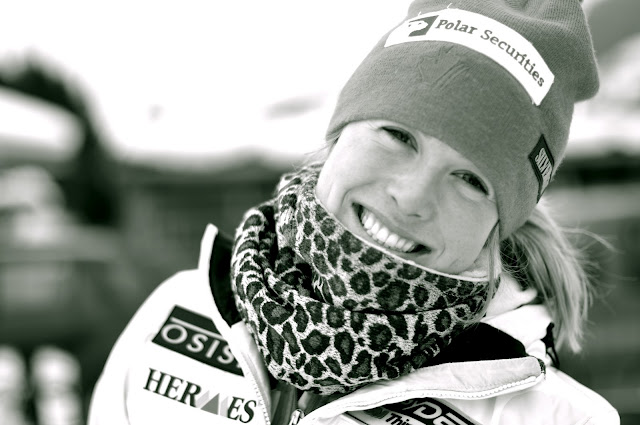 The Swagg that Mitch is wearing is in some stores now! Yay MP!! (Mitch won the slalom the first day) 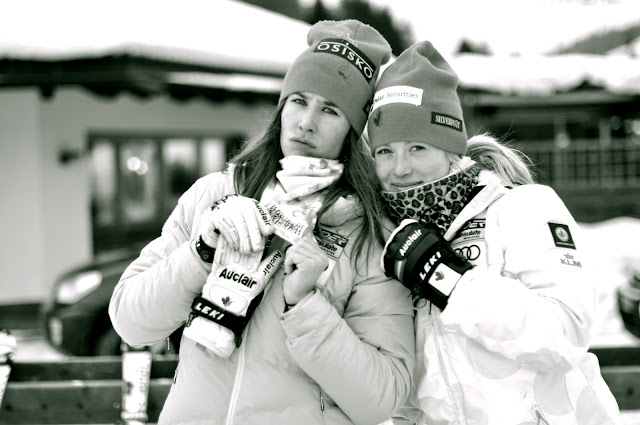 After the races Anna, Jenny and I headed to the Stanglwirt hotel for a much needed day of relaxation at the spa. MMMM! I think it took me two days to recover from all my relaxing. (photocred: Jenny) 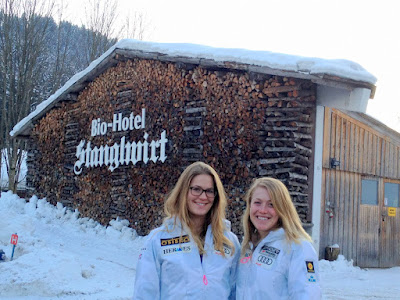 The last three days we trained slalom at our home base in Kirchberg. (photocred:MP) 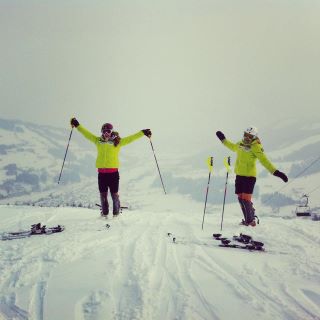 The past few days have been filled with many loads of laundry in the sink (I'm not sure how clean those clothes are now), unpacking and sorting, eating and training. Now Anna and I are waiting for our flight tomorrow which is bright and early!
Everything on the home front seems to be going well.. but big news... WE ARE GETTING A DOG!!
It will look like this when she arrives... 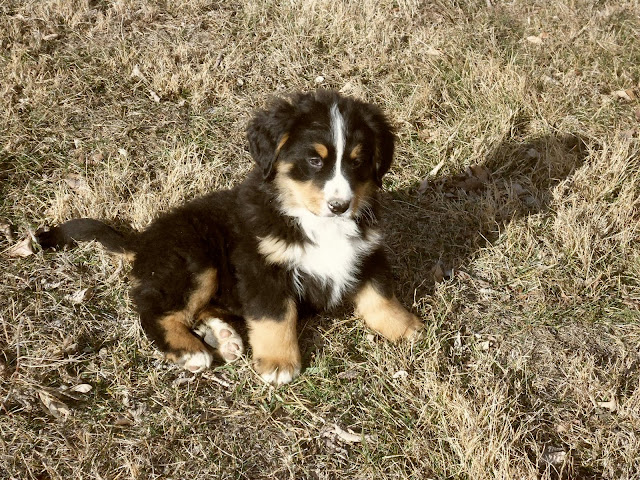 And probably like this by the time I see him... 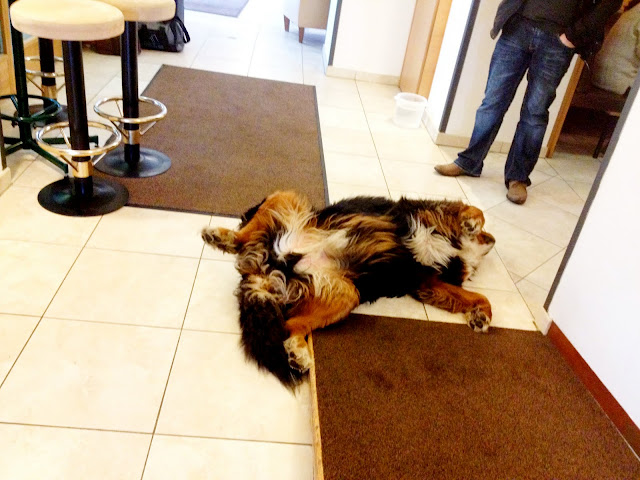 I am sad that I am missing the puppy days, but I guess they might be the equivalent of the "terrible twos". I guess my mom decided to get a female dog so that it weighs 90lbs instead of 140lbs. Good thinking Mom.... that dog might end up weighing more than you.

Until Andorra then .... before which I will figure out how to pack lightly... I hope
Email Post