I am going to start with yesterday, my 22nd place in Lienz, Austria, and then blog again about Christmastime! I wish I was a writer and could piece together my blogs like a book, figuring out the ended and deciding just how I will get there. However, I will do the best I can do and just start with Lienz (obviously I have been reading too much recently). 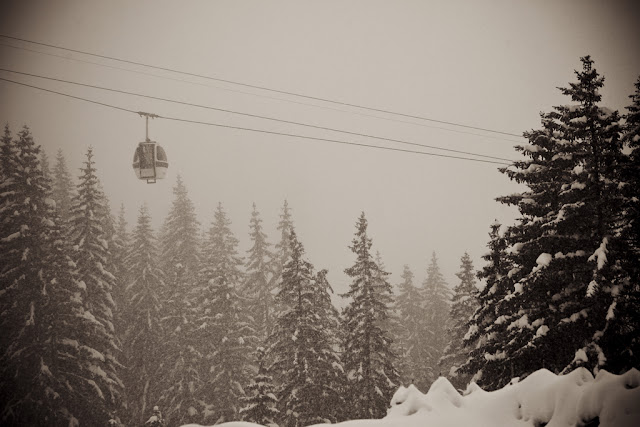 Yesterday was our 4th World Cup slalom of the year in Lienz, Austria. Before heading there I was told the hill was very long, with a long pitch at the end. I anticipated the length of this course, and knew that it was important to attack right to the bottom. However, upon arriving, I think they moved the start down from previous years and the race was not quite as long. To give you a visual, the start began on a bit of a pitch. After pushing awkwardly out of the start made the day before there were a few gates on the pitch and then we had to work the flats. These flats turned a bit of a corner, and sloped more gradually into another pitch. This became flat again over a bridge that gapped a road, and then the course turned a bit and then gradually began to slope more steeply into the finish. All in all, my kind of interesting hill! 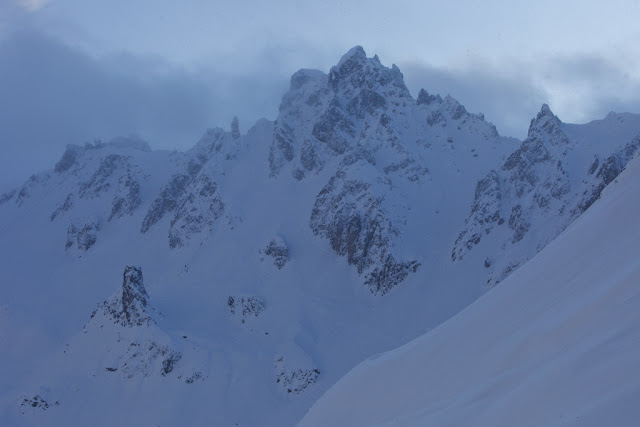 I started 28th on the first run and ended up 21st. I was lacking some of the attack and crisp skiing that I had brought into my skiing the races before. I could blame it on all the turkey for Christmas, however... I didn't have any. Cakes maybe? Chocolate? (Just kidding athletes never eat these things....) 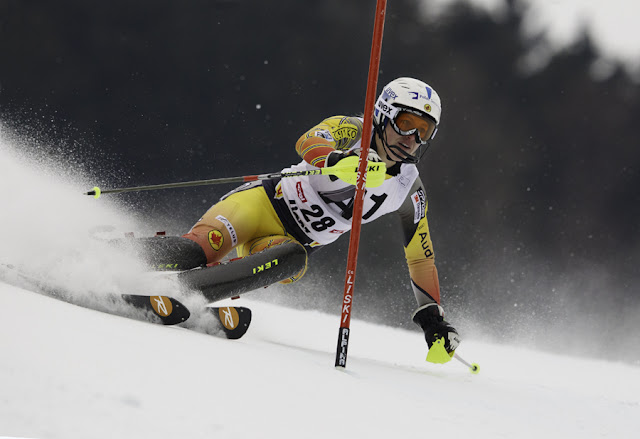 Okay one more story before I get back on track...
I met a comedian recently and he told me that embarrassing stories are funny, so as a New Year's resolution... maybe I'll be funny. Well two embarrassing stories happened to me on race day.
1) I can't tell you because I am still embarrassed... all I will say is everyone has been there (or at least that's what I'm telling myself)

2) The second embarrassing story happened during second run inspection. I decided to do up my buckles and practice my start out of that awkward start hut. So as I was trying to look all professional, I buckled up, looked out and kick started. Well, my pole had buried itself in a hole in the start gate and decided that it would stay there for a while, and why not keep my mitt too for company. I stopped as quickly as I could, looked up and saw my pole with the kidnapped mitten laughing at me from up above, as was one of the Swiss girls. After a good laugh, she threw my pole down to me. It hit my figure, but I was so embarrassed that I pretended nothing happened.

HOWEVER, here is the twist in my story. The Swiss girl practiced her start as well, and.... guess where her pole decided to make a home for awhile... and it brought her mitten along as a friend as well. Thus, the next girl had to retrieve this pole for her too, and guess who it was... yep, Marlies Schild, who has won every slalom this year and most of the slaloms last year. Well, maybe the laugh I gave her helped on her victory that day, one can only hope. This little slip up of mine made me break the strap that holds my pole in place, good thing I had one extra in my bag, for my right hand.
(I should have told the other story... my days as a comedian are over)

Okay, back for the real thing. I started second run with more fire in my heart. I lost time out of the start, made up time and then lost time again down the last section of the course. I came down into 3rd, missing the leader's box again, and ended up 22nd for the day. Of course, it is always good to create World Cup points, and I am not unhappy, however I am not satisfied. I have a lot more to give, and I am figuring out a little bit more every race! 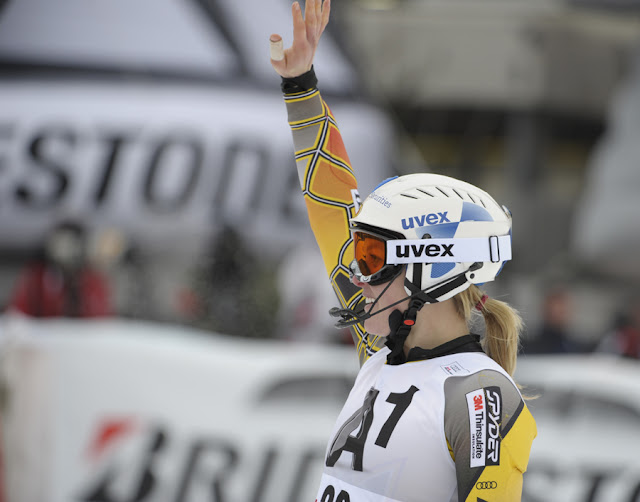 *Don't worry Mom, my thumb is fine... just a little cut from the gate. It is almost all healed. A nick really. I'll post a picture of it soon because I know how much you like gore...

Mitch finished 14th for the day, making her way into the top 15 for the standings, ensuring that she gets to participate in her first bib draw! Mitch could start 8th in the next race on the 3rd!
Sarah Schleper, who roars loudly in the start, sadly retired in Lienz. I only met Sarah a few years ago, but I will miss her greatly. She had a long, successful career, which was slightly interrupted when she had her son. On her last run, she wore a short dress and stopped halfway down to pick up her son. He was able to race her last World Cup race with her! Happy retirement Sarah.


On that same day, another US girl put her name in the record books. Mikaela Shiffrin, who is 16 and started around 40th, finished 3rd on the day, winning the second run. Amazing job!

More to come... (I don't want to take up too much of your time, especially after the novel I just wrote. No wonder my teachers limited the number of words I was allowed to write in school. I wonder if they knew that I changed the font to 11.5?)
Email Post