This has taken me a while to write. I will start at the middle of these next few days first by saying that... my computer took a turn for the worst. I'm no tech, but I can guess what a flashing file folder with a question mark means, and the prognosis isn't good.
Anyways, we took the car train and arrived in Crans Montana for a Europa Cup GS race and a FIS GS race. Usually at Europa Cups, the race coordinators put us in fairly nice hotels, especially in ritzy towns like Crans Montana. However, this time we were housed in a boarding school. 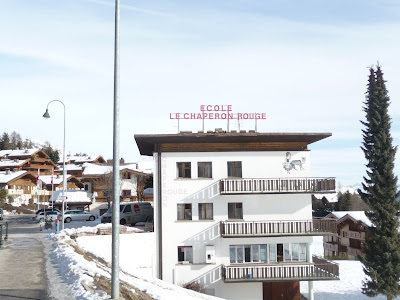 But the owners could not have been nicer. The food was amazing and they made sure we were entertained during dinner. The chef asked all of us our names, but then settled for mismatched nicknames. For example, I'm fairly sure I was named Martin (with a French accent of course). The morning of the Europa Cup GS, wasn't a great morning. We got up to the top before there was much light, aka the visibility in the warm up courses was less than ideal. Before first run, I heard more details about Kevin hitting his head. (PS Kevin hit his head doing a lincoln loop off of a jump) Thus, I was very worried and a bit of a mess. First run didn't go very well for all of us. It was a really long course and I'm sure my grunts and groans down the course did not come from aggression but from extreme fatigue. When we got back I was able to find an internet cafe and check on Kevin's status (which was much better than I expected to find). I can't believe that anyone can charge $3.50 for a cup of tea... that is theft for sure. 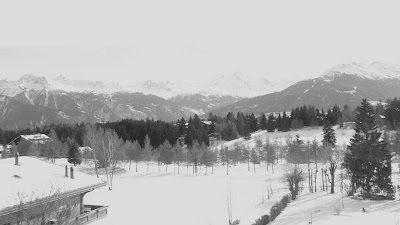 The following day we packed up the car and headed for another day of GS. I skied much better my first run. However, I thought I could let it go down a pitch and still hold onto my line, but this was not the case. I went out and spent the rest of the day knitting a hat. We traveled to Gressonay after the second run.
The hotel at Gressonay was really old. The doors were all huge with big, old fashioned keys for the locks. The night we arrived we went for a swim and had to wear those soft, European style bathing caps. I can honestly say that I don't know how women in the past, or anyone, has ever made those look good. I sure can't. Then we sat with all of the other teams in the hotel to watch the men's World Cup slalom. Aka we saw our Canadian guys kick it Canucks style (and Nolan threw down hard also!).
The next night was our slalom. 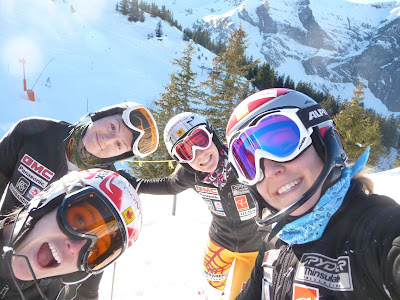 First run, I felt ready. The lodge was playing loud music, the sunset was beautiful, the hill was steep and the set was never forgiving. I skied better than I have in a lot of races this year. However, the course tightened up at the bottom. I decided at the top that I was going to try to run it as straight as I could and... even though I knew it was tight, I kept this mentality for the bottom. And... heartbreakingly missed the last gate.
The next morning Kate Ryley woke me up saying that the quota for the Olympics got extended and... I was going. Everyone found out at home before I did because of the time change. The amazing thing was that my mom found out on her birthday (that I selfishly missed).
That morning, we packed up and headed to Courchevel, France for a Europa Cup GS race and a regular FIS race. Britt and I took off the first GS to rest up for World Juniors. Yet, the next day, we got so much snow that the FIS GS was cancelled... so we got an early start to World Juniors. I have to say that France (esp. Courchevel) love fish. Fish was served at every meal, minus breakfast. Salmon patay for an appetizer followed by white fish and pasta.
A typical team photo shoot... 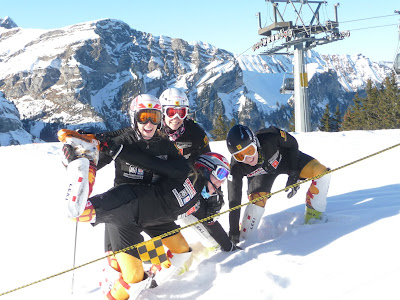 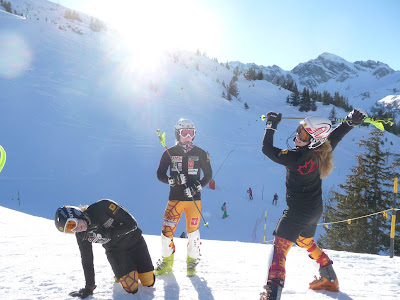 Of course I'm the overly aggressive one. 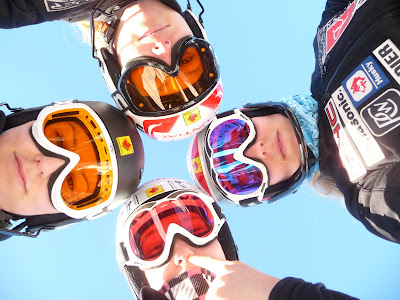 Photos: By Eve (no camera cord or computer...)
I will write soon about World Juniors!
Email Post