After finals we headed to Quebec for the Nor Am Finals, Nationals and Spring Series. However, as we stepped off the plane we were blasted by warm air. We tried to train one day, but upon finding rocks in the salt that we bought to harden the snow, we decided to take advantage of some spring free skiing!
We usually don't dress like this... promise! 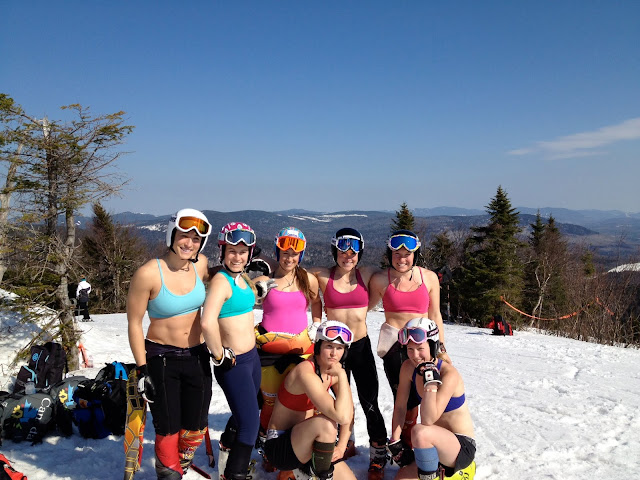 Eve made a schedule for the next few weeks... however we are in an outdoor sport and sometimes plans fall through. 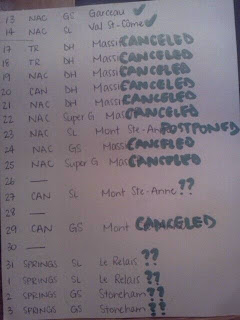 As we waited out the days of canceled races we decided to make some tye-die t-shirts to wear during our slalom races. 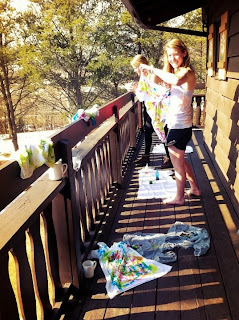 After waiting impatiently, and finally putting the shirts in the dryer we grabbed some fabric paint and spiffed up our colourful shirts! 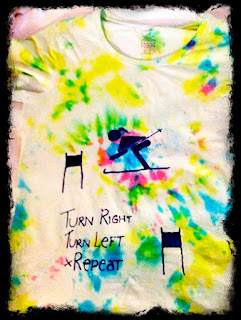 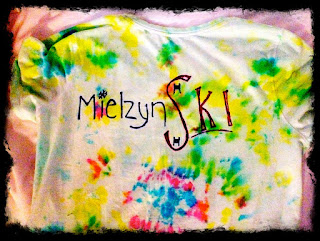 Finally the weather cooled down from high 20s to freezing at night. However, the days were beautiful! 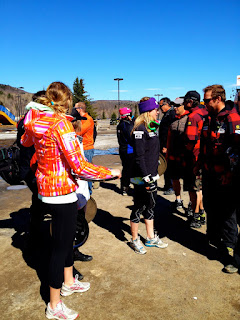 Finally we raced the Nor Am Finals slalom! 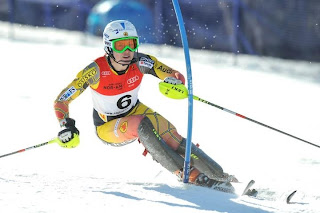 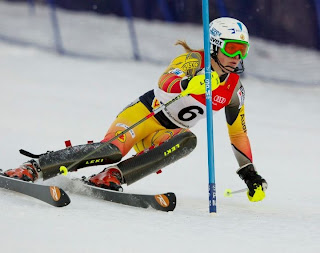 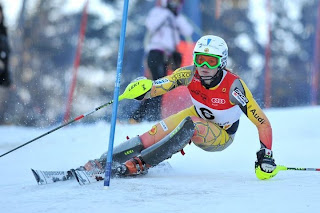 I ended up placing 2nd, behind the scary girl in the mask! 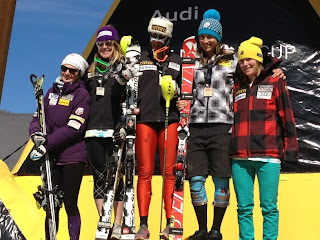 In the end I placed second in the overall Nor Am Cup standings! Elli and Hailey walked away with nice serving trays and a spot in every World Cup slalom race next season! 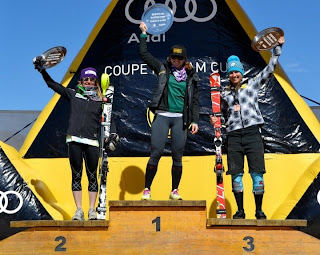 After a day off we raced again. I forgot the instructions that were on my t-shirt. I turned left, but forgot to turn right again- aka I straddled. My ski went between the two close gates of the flush. However, that day was Anna's day. Last week Anna decided to retire from racing. We will miss her dearly!
Everyone will because she is amazing and so loved! What do you think about my Anna eyes, good depiction?

Anna decided to ski her last run in a banana suit! 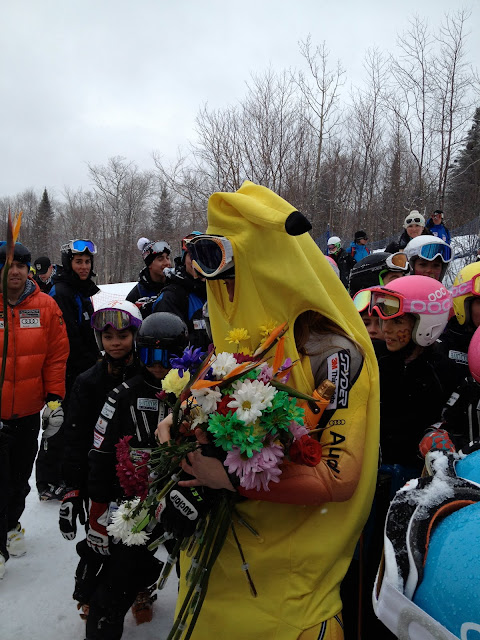 This video makes me miss Anna even more. It is a perfect fit that as she tried to high five MP, like the amazing teammate she is, she straddled, fell and lost a ski. It was an epic last run!


I was waiting at the bottom to spray her with sparkling juice (I swear! Good thing too, as she was drug tested shortly afterwards). Everyone else was slightly nice, waiting with hugs and individual flowers to give to Anna. One girl gave her a huge, plush flower. That little girl is brilliant! 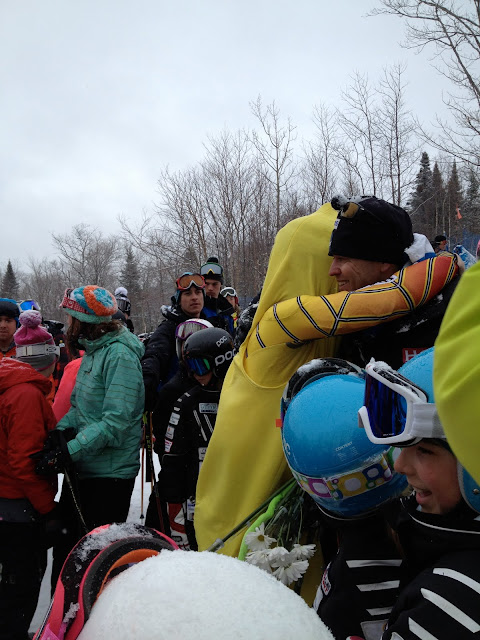 We will all miss Anna dearly! She has inspired us in so many different ways. Every day she will be in the hearts of everyone on the team. This year has been the best year of my life, and Anna was a big part of making that happen. Nothing that happened this year, whether it was a gold metal or a crazy photoshoot, would have happened without her. In Aspen she placed 9th in the first run after starting very far back. She knew that I was really upset with the way that I had skied, and she came over to me and told me to believe that it would happen. To look at how my team had done in that race and know that I was capable too. That is just who Anna is. So thank you Anna Banana, I will truly miss you and we will all try to step in to fill the huge gap that you are leaving in your wake.
Here is a video that I made for Anna (Sorry for the inside jokes!)


I am going to try to start blogging more frequently. Maybe less pictures, but more often. So stay tuned, I have pictures from this week piled up!
Email Post