After the Nationals we headed to Montreal for an Own The Podium event. However, before the event we went up on the hill to watch the guys and do a "slip for NIK". Unlike previous days, it was FREEZING!! MP and I got into the car and couldn't take our Swagg(s) off.
I made a song: "I love my Swagg today. More than yesterday. It was sunny, it was warm. But today it is so cold." That is all. I'm a talented song writer, I know. I might quit skiing and take up this new profession. Mayber Justin Bieber will buy my stuff. 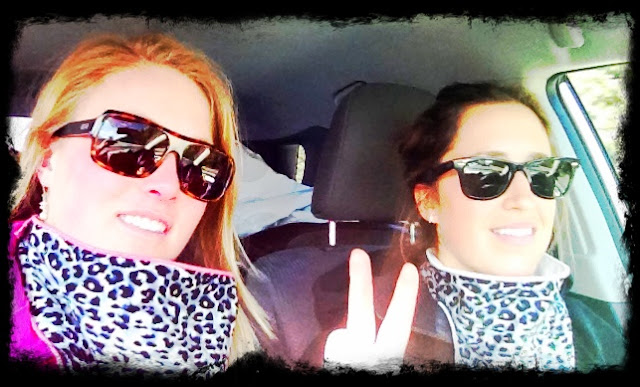 The next day we headed to Quebec city for a three day gs camp to test out the new skis. I went for a jog on the Plains D'Abraham, and decided to take a few sets of stairs down. Well a few sets turned into a full mountain of stairs, and just remember once you go down, you have to go up. 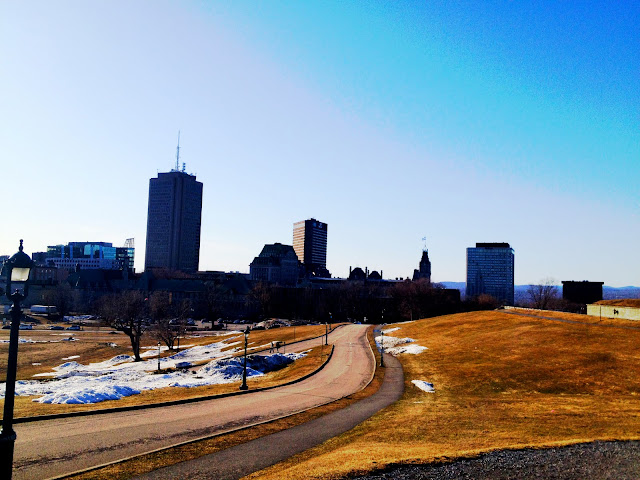 I don't remember the last time I skied three days of GS in a row. It was fun to do run after run and test the new skis, which I like by the way!! Many people ask the difference, and for WC girls on Rossi the difference isn't huge. I am changing from a ski that is 189cm long with a 27m radius, to a ski that is 188cm long with a 30m radius.
One day I was a bit tired and fell inside. It had snowed a lot of wet snow the night before, so as I was sliding I hit the burm and stopped fast... using my chin as an e-brake. I decided that it was a good opportunity to make a little collage of all my chin injuries over the past two years (and I have had more). I figured out that I don't have "girl problems" I have "chin problems".
most recent 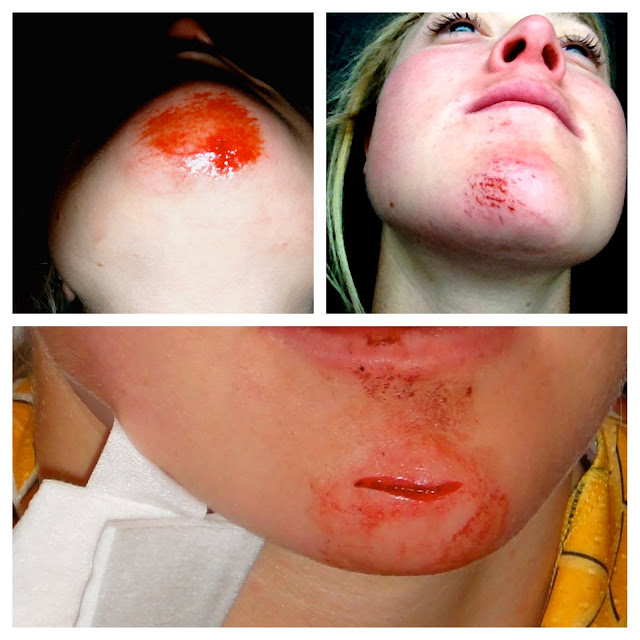 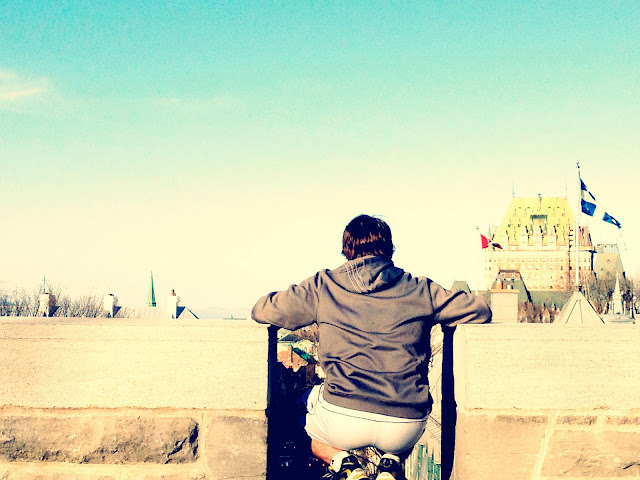 I tried to look as cool as Kevin up on the wall around Quebec City. Somehow I failed though, maybe my fear of heights shows? 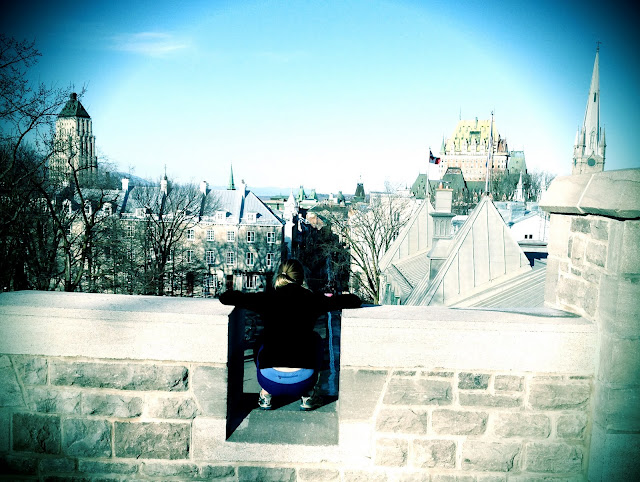 We had a few amazing days of racing. It would freeze at night and grow warm during the day! 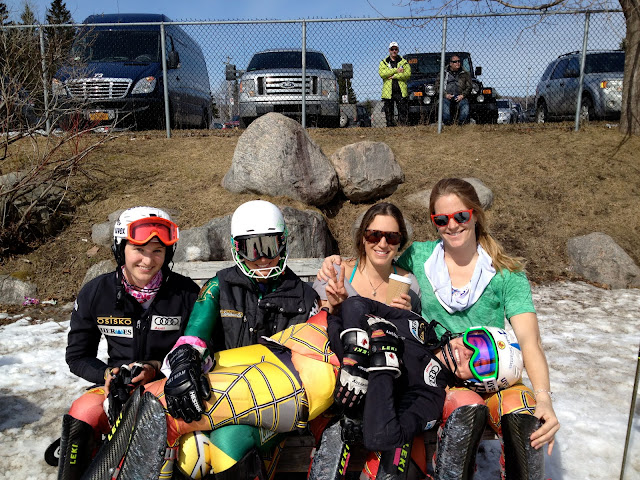 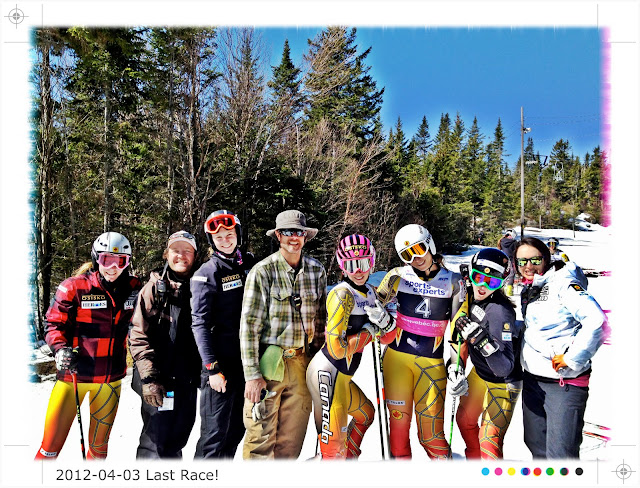 It was a good way to end the season! I am looking forward to next season. There are a lot of changes that I want to make and I can't wait to rest up, work out and make those changes happen. 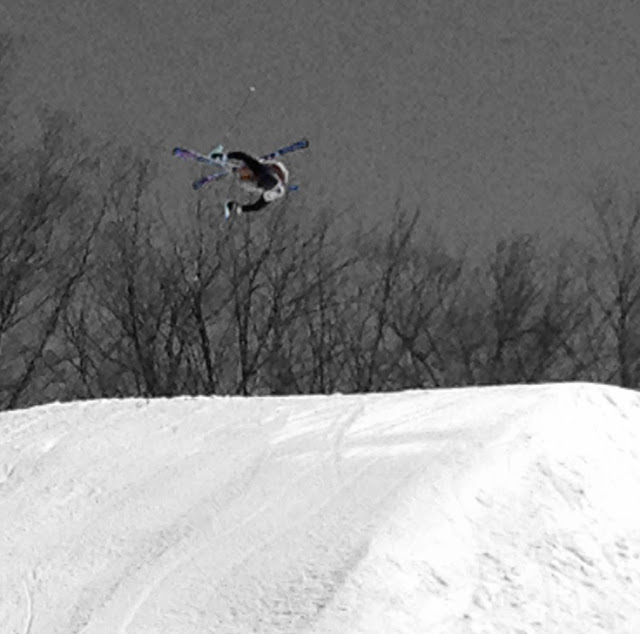 Currently I am sitting in a beautiful house in Whistler, with a fire blazing behind me, looking out at the blue sky and mountains.
Tomorrow Whistler Cup starts, and I will be able to watch as a spectator about 7 years after I competed in Whistler Cup myself. Wow, has it really been that long!
Email Post