18th at Kranjska Gora and more!

Shortly after I arrived in Europe, we headed to Kranjska Gora, Slovenija for a World Cup SL race. Originally this race was supposed to be in Maribor, but due to lack of snow it was moved to the men's hill! I won't complain about this decision as it was interesting to see another hill!
However, as usual the drive there was... interesting! 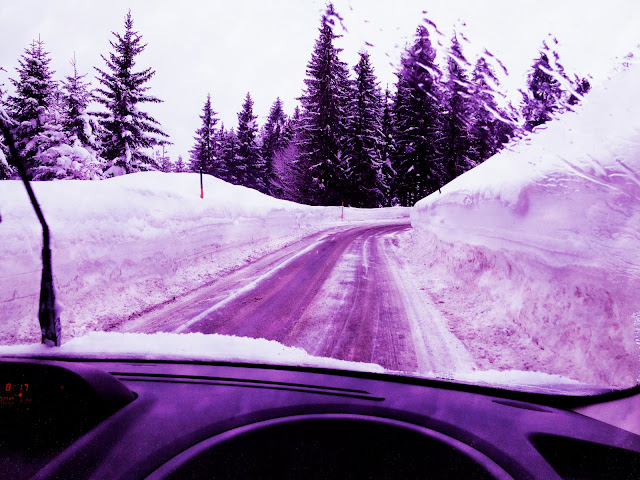 Race day was a beautiful day. I was starting 28th and I was ready. At the first interval I was .08 behind and the second .89 behind. These are the intervals that I have been looking for and could have put me in the top ten. However, could have would have should have doesn't matter in ski racing. I seemed to make mistake after mistake on the pitch, just fighting my way down. I ended up 2.10 behind by the bottom and in 16th place. 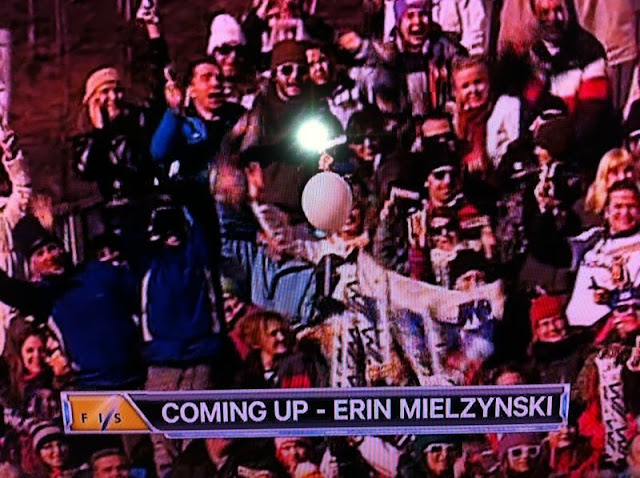 My second run was also quite a struggle, however I fought and ended up 18th for the day. I'm happy to be in the top twenty once again... but I am disappointed in the way I skied. NEXT TIME!

After Kranjska Gora we headed to Kirchberg, Austria, our old home base, for a few days of resting and training. 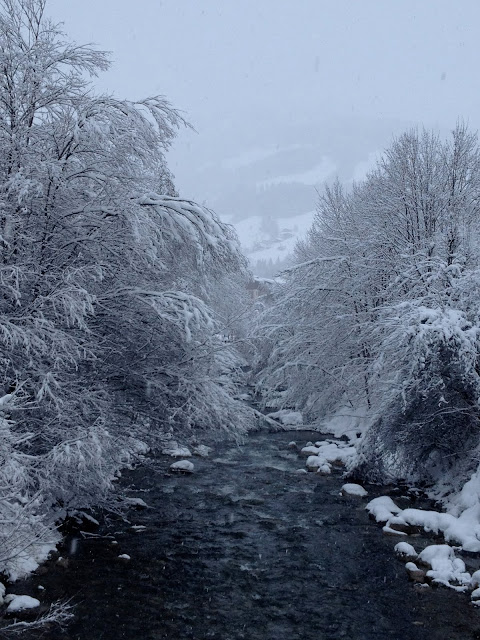 This is why skiers don't wear dresses. (Among other reasons) 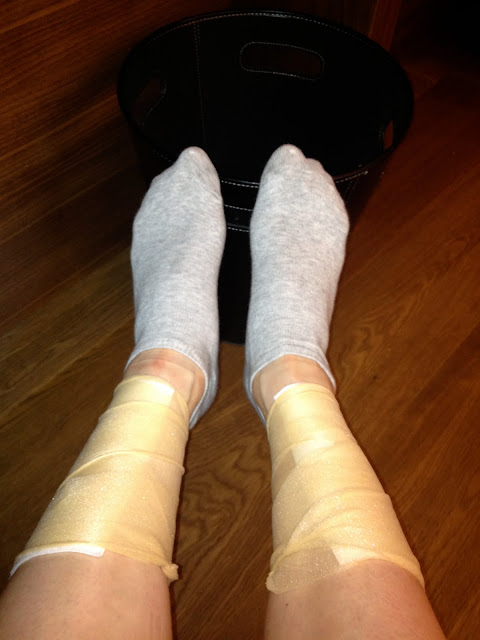 However... there was too much snow. Apparently Tirol has not had this much snow in 40 years... unlike back home! 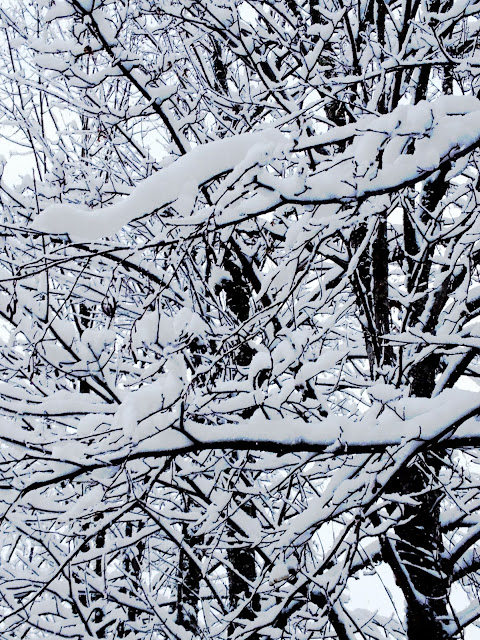 From Kirchberg we headed to Melchsee Frutt in Switzerland. Melchsee Frutt has always offered quite the experience for me. This is my 4th year being there... and nothing changed 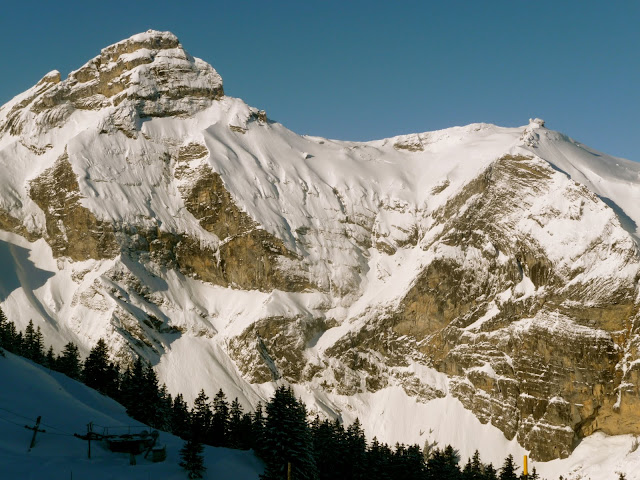 Year 1: I was so unsure of myself that I think I cried that whole day and didn't even know what to think about standing in the start. It was incredibly dark skiing down to the start.
Year 2: We had a photoshoot at the start. I tied the only other "Polish" girl in the race (that I know of)... and Eve made a video with her gloves as she sat in the only open room in the lodge, a cleaning closet (after not finishing) 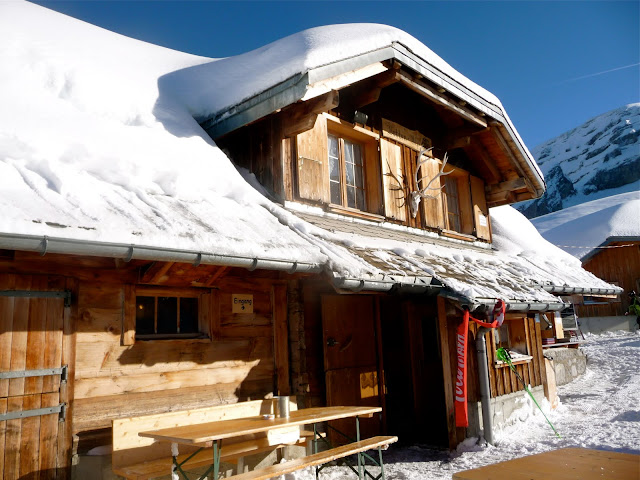 Year 3: We got a tonne of snow and the warm up was a mess. I finished up about 3rd after first run and I was pretty excited, however later Anna and I found out that we had the wrong bibs and we were disqualified.
This Year: a) Our 4 hour drive turned into a 9.5 hour drive and we had to take a car train to get back on track. At one point we were drive up a closed road... when we saw this road from the train we could see why! 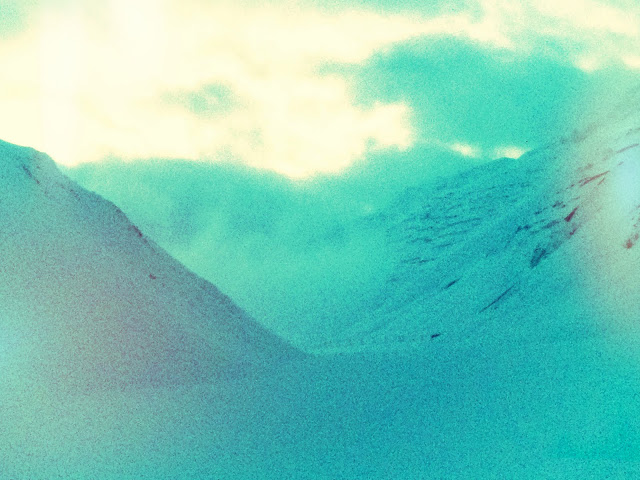 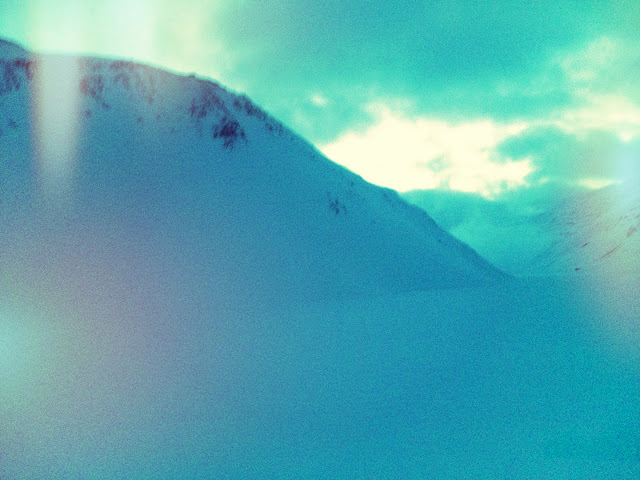 b) The warm up was soft once again
c) After coming 6th on the first run, I made two huge mistakes and moved back more than I care to admit to myself.
d) We stayed at a monastery, with beautiful views! 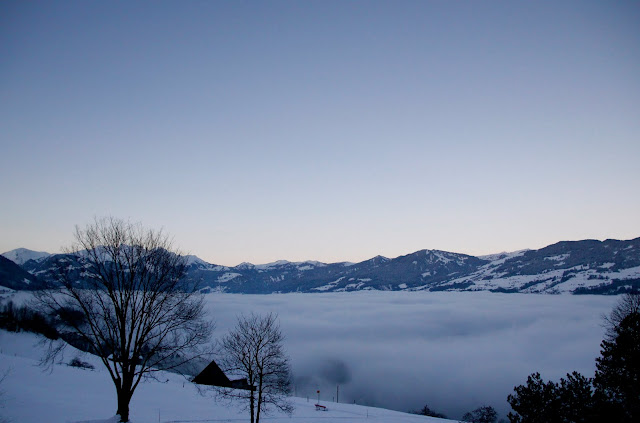 e) We heard that our second day of racing was supposed to be bad weather... Understatement. The fog had settled in as a thick blanket on the race hill. Unfortunately, this race was a night race and the lights did not shine through the fog. Therefore, after inspection the course on the right and trying to start, the start was moved down by about 20 gates, we reinspected the left course, and started there. The first course was 35 seconds long and the second was 45 seconds which tells you a little bit about the types of courses we faced (extremely straight and extremely turny). Some of the girls would fall over because they were going so slowly. And I was slow...

After the race Anna, Jenny and I headed to Innsbruck for lunch! 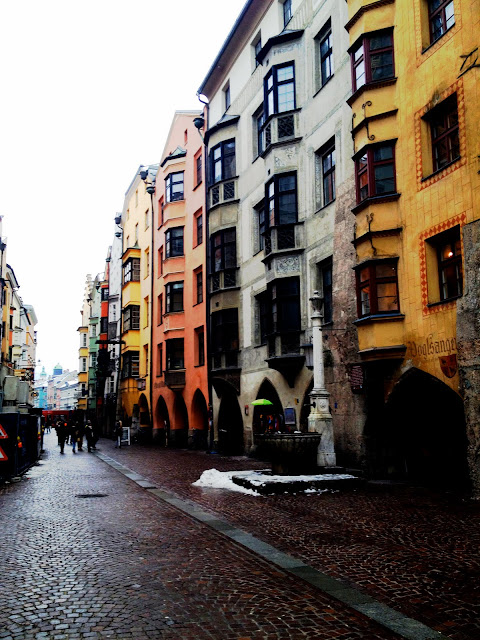 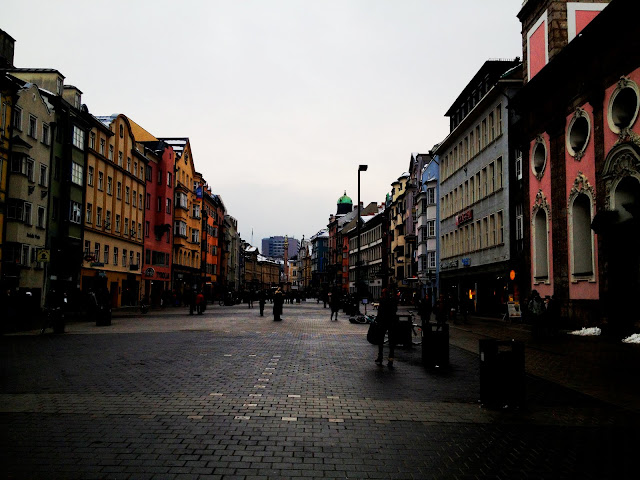 And found this weird looking model... Boy, girl, how would this be flattering on anyone? 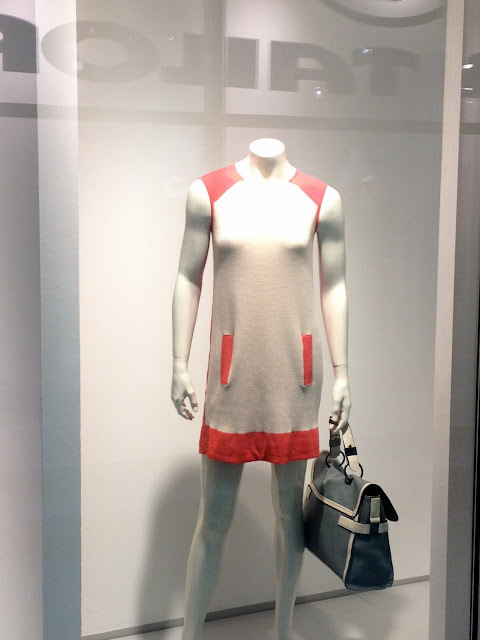 My Grandpa send me an email that said, "Where is Erin?" Well Grandpa, I am in a place called Vigo di Fassa in Italy. Here dinner includes salad, pasta (the size of a dinner portion), a meat plate (the size of a dinner portion) and desert. If I don't show up at our next destination it's because rolling there is slow or I can't fit into the car.
Next up: San Candido, Italy for a couple of slalom races on Thursday and Friday!

I have an unexpected journey coming up soon..... That is all I will say- For now.
Email Post