I woke up on race day ready for the first race of the season. It was a pretty typical day in Levi; we had a few warm up runs in the dark and then caught a bus over to the race hill. We were allowed one free ski run on the hill (free skiing was canceled the day before) and then headed up for inspection. 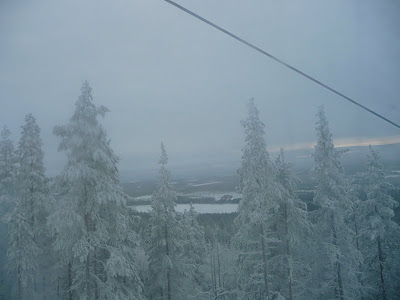 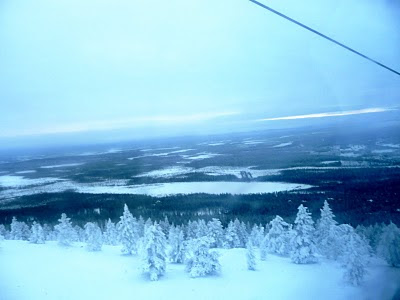 It was the first time we had been outside of the town for a few days and we realized there were a few lakes around the hill. (I wonder if they EVER get warm!)

Everything at the top of the gondola was covered in snow! 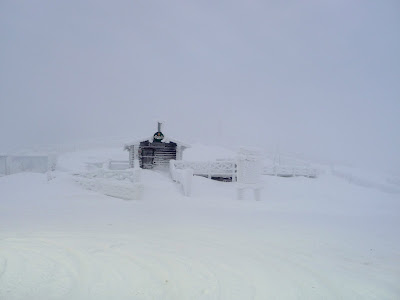 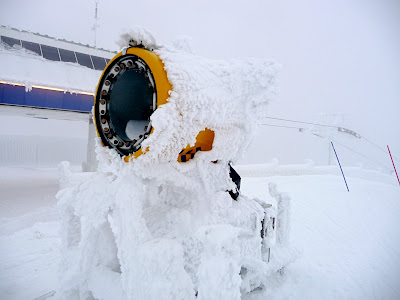 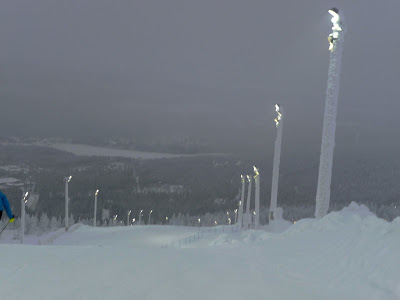 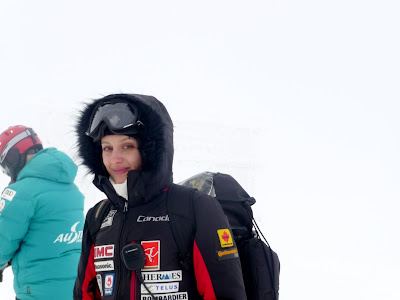 Finally, I got my first look at the start hut... 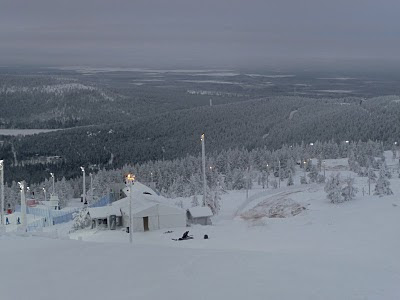 and the hill, which was in amazing condition. 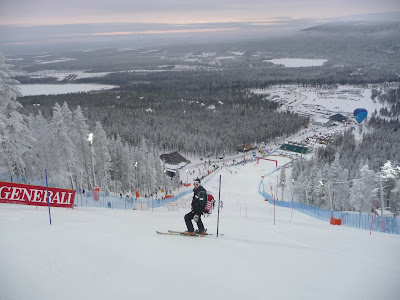 I started 44, which was better than I thought I would be starting! However, I was pretty disappointed with my run. The race hill at Levi starts off fairly flat, then it gets steeper for a while and turns to flat again and I wouldn't say flats are my specialty... at all. I came over the pitch quite a bit back from the rest of the racers and wasn't able to make it up on the pitch. I didn't make second run, but I did get the first race under my belt. I feel ready for some training and to kick it hard in Aspen!

Before the second run, Anna, Eve, Britt and myself started walking up to watch Mitch. 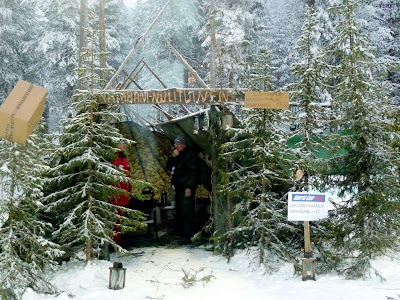 We saw men in tents and Tipis. 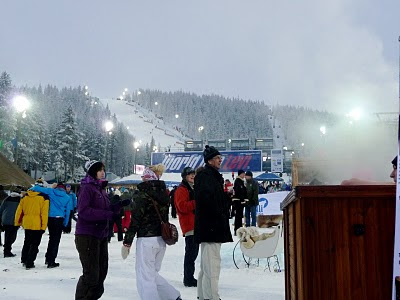 People on a hot tub, with the race hill in the background?... 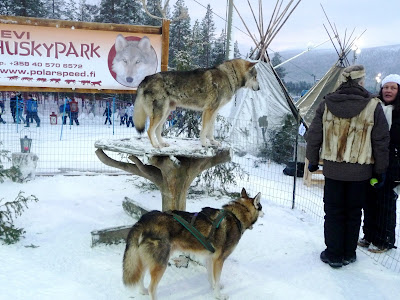 First of all, Finland is known for a few things, other than being dark and cold. It is known for it's Vodka, reindeer/caribou and it is said that Santa is from Finland because parts of it are above the arctic circle. The only one of these that I experiences was the reindeer!

We were excited when we saw our first reindeer and took a picture. 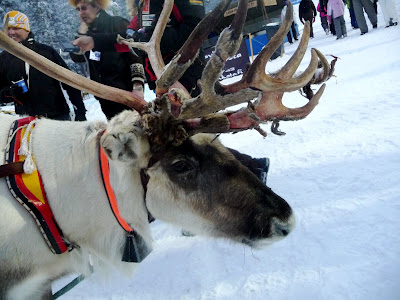 We pet and posed with the second. 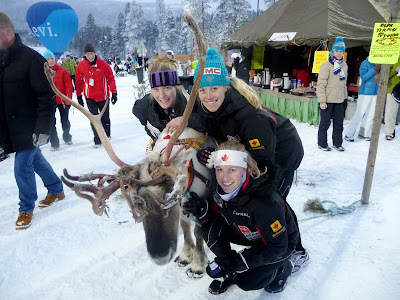 However, the third didn't like being touched... he only liked kisses. 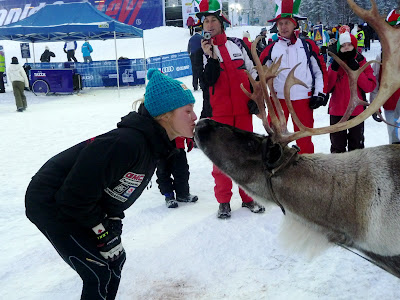 It took us a little while to trust that he wouldn't bite us or slash us with his antlers. It goes against all common sense putting your face by an animals face instead of your hands... 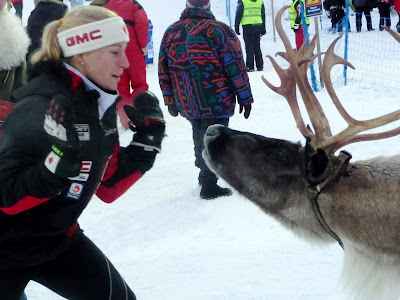 But this part of my day ABSOLUTELY made my day. I wanted a picture of a reindeer and he gave me a kiss to cheer me up, at least that's the way I look at it.

With everything said though... Mitch had a really good day. She made into into the top 30 in 30th position and finished the day in 16th! She was standing in front of the leaders board for quite a while! GOOO MITCH! 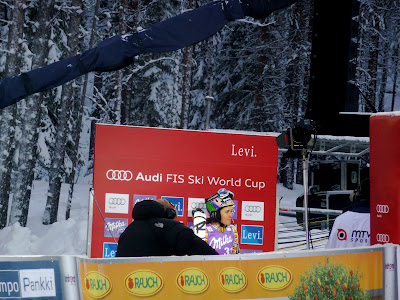 After the race, we rushed to the airport for our flight from Kitilla to Helsinki (1.5h). We stayed the night in Helsinki and got up early for our flight to Frankfurt (2.5h). We had a 4 hour layover in Frankfurt and headed to Calgary (10h) and then drove to Nakiska. I was sleeping in the car and Tim would shine his head lamp on me... it didn't seem to matter though, I'd fall right back to sleep. I passed out last night for 11hours and I get a day off today to relax and enjoy being back in Canada!
Email Post