Last Sunday was one of the most exciting days of my life. I raced my first world cup in Aspen alongside Britt. 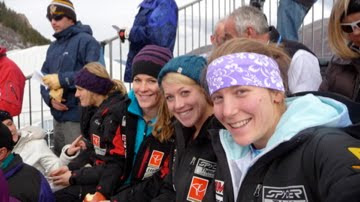 Anna, Britt and I watching the GS.
After watching Saturday's GS race, where MP did awesome(!), we trained on the upper pitch of the gs hill. It was not a very good day to get a good feeling on our skis. The hill was very steep and pure ice! But I think everyone felt that way after watching everyone else.
When we woke up on Sunday, the first thing Britt said was "Today!" (or something like that). I started 60th, which was a perfect number for my first WC and the conditions (super ice). Inspecting was a bit of a sight, seeing everyone looking like Bambi on ice. When I stood in the start gate, the starter shut the wand.. then appeared to say something on his radio. He said it a few more times then finally caught my eye and told me that he had been telling me that I could go. Well... I went. My first thought was... this is a World Cup, people can see me, but it was quickly replaced by what I had to do (luckily, knowing the way my mind works). 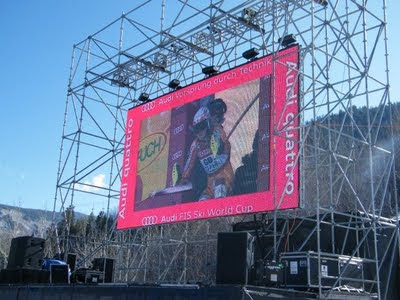 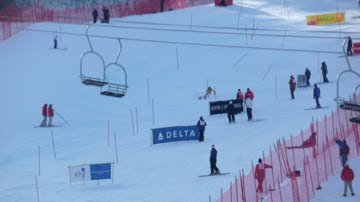 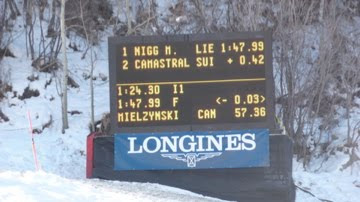 When I crossed the finish line, I looked up at the timing board (even though I told myself that no matter what the outcome, I would be happy). I was so happy when I saw that I was in 26th. There were more girls to come, but I was happy nonetheless. 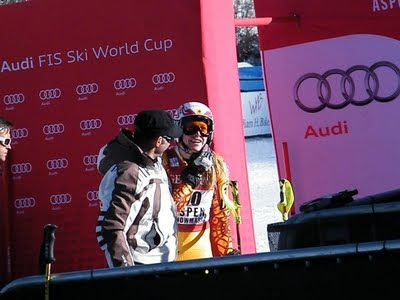 A Rossi rep greeted me in the finish to strap my skis! I ended up 28th after first run, making it into the second run. I loved seeing everyone at the finish and how supportive everyone is/was. Zoe and Todd Brooker, Bruce and Bryony Simpson, Kevin and his team, my dad (well he was taking pictures- I think it helps calm his nerves), John Vinz, and many other people who either decided to cheer for me because of talking to friends or because I was a rookie. 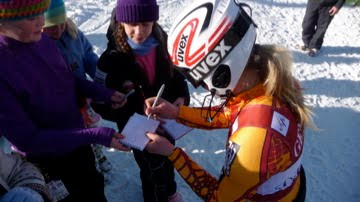 After my first run, I pretty much had to head right up to the start for inspection. My second run wasn't as good. I was round and not.... "just throwing down". But it was still an amazing day.
Anna came 13th! And is moving up every race. Britt came 33rd, so close to second run!
After the race we had to get ready for 4 more races in Aspen and Loveland. 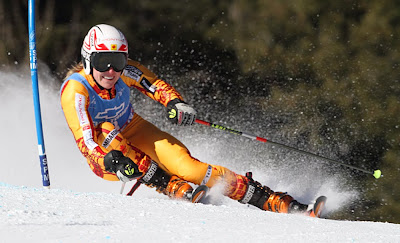