So.. I am finally home after a 6 hour drive to Munich and a 9 hour flight home. To update everyone, we stayed in Pitztal for 4 days. One of those days was a scheduled day off, the other 3 it was not possible to ski because of too much snow, or wind, or both. The third day of waiting, we decided to go up and see if anything could be done. And let me tell you... Pitztal is worse than I remember. We did 3 slip runs, which took about 3 hours. Going up for our 3rd run, I looked above me in the tightly packed gondola line, caught Tim's (my coach's) eye and saw him mouth... angrily "We are leaving". Enough said. After those runs, we were all tired of pushing and waiting and small children leaning their full body weight on us.
From Pitztal we drove 9 hours to Wittenburg, Germany to ski slalom... INDOORS. 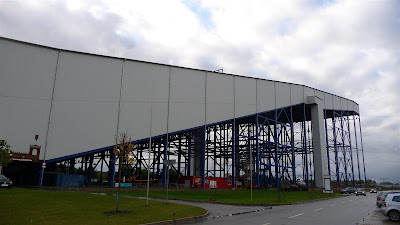 We had our first night session after getting in at 2:00pm. As we were walking to the entrance of the skihalle we were told that it was pure ice. 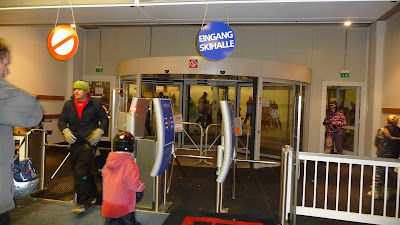 Pure ice was putting it lightly. Tim agreed as he slid down the entire training hill without gloves or skis on. But it was very cool to train indoors. While it was rainy and windy outside, it was always a constant -5 indoors and given the ice, the snow didn't change either. 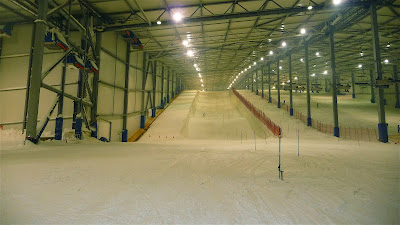 We decided that there is a new kind of Yedi/Gorbe/beginner skier, within the walls of the "Snow Fun Park". I will say no more, but you can imagine. I will tell you that one boy did a box
(rail) on his stomach.
All seemed to be amazing in Wittenburg as people throughout Europe waited out the snow. We didn't even step outside the 3 days we were there because inside there was all we needed. A wee station, restaurants, internet, video games, and of course... training. 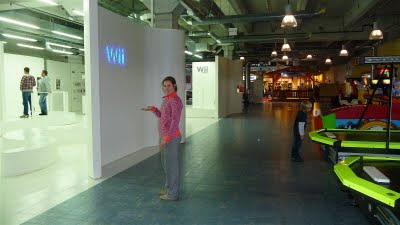 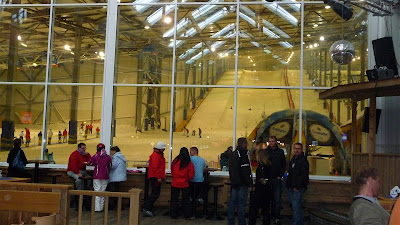 However, we soon learned that when it comes to indoor skiing, it is not only a race against the clock and your competitors, but more importantly against the gates. The gates would hit the ice and rebound so quickly that they would come back and hit us in the arms, the hands and any other body part you can think of... especially the ones you can't even imagine. 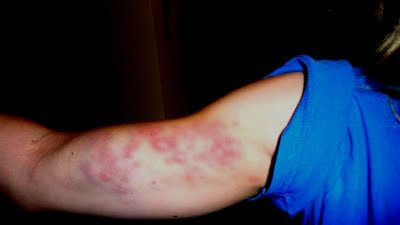 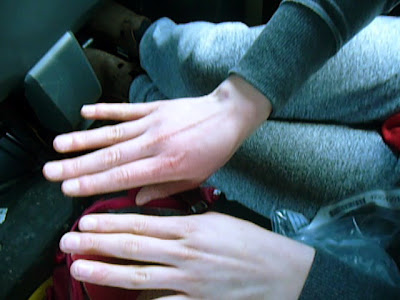 Needless to say. I left indoor skiing... feeling "top shelf". I'm sure the flight attendants thought I was in an abusive relationship. Maybe that's why the older man beside me seemed to want to look after me.
All in all it was a very productive three days as we learned how to ski on a skating rink, avoid penguin like boys sliding on the rails and the extent of padding that can be shoved down a suit to protect an arm.
I'll leave you with a few pictures as I repeat over and over... I am not in an abusive relationship. 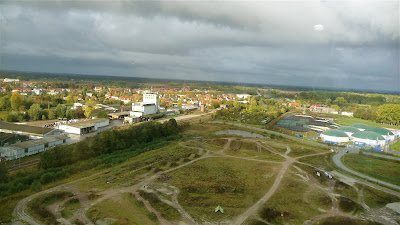 The view from the window of our start ramp. 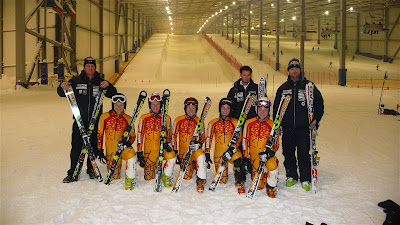 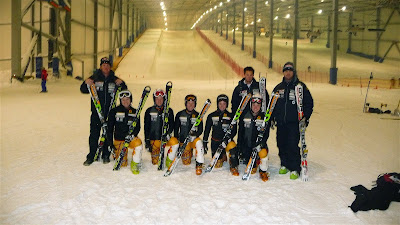 And a few picture of our makeshift family.
From the left: Aaron Speeden aka Speedy, Elli, Britt, Eve, Steph, Me, Walter, Tim
Email Post