Fear can be a number of things, including fear that warns you and keeps you safe, fear of failure, and fear which makes little sense, but usually fear is a mixture of all of these things. 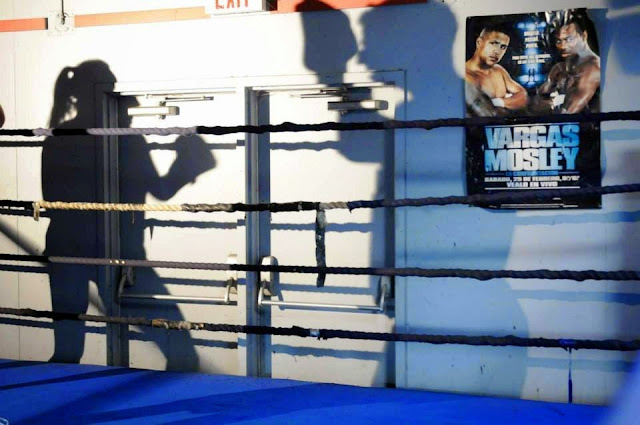 This summer I approached summer training a little differently. I have reached many of the physical goals I had, so I decided it was time to challenge myself mentally. I decided to make myself come face to face with fear, in all different environments. I figured out that, “What is needed, rather than running away or controlling or suppressing or any other resistance, is understanding fear; that means, watch it, learn about it, come directly into contact with it. We are to learn about fear, not how to escape from it.” - Jiddu Krishnamurti 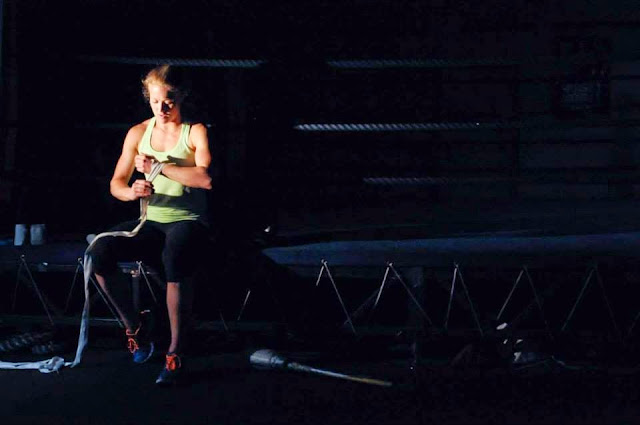 I made a joke this summer that 60% of my life I live in fear. However, as the summer progressed I realized how real this joke was becoming. I wasn’t afraid in the traditional sense, for instance I didn’t walk down dangerous streets alone at night or talk to strange men. I made sure that I was put in uncomfortable situations, where my heart was pounding, my eyes were focused and my mind stayed on task. 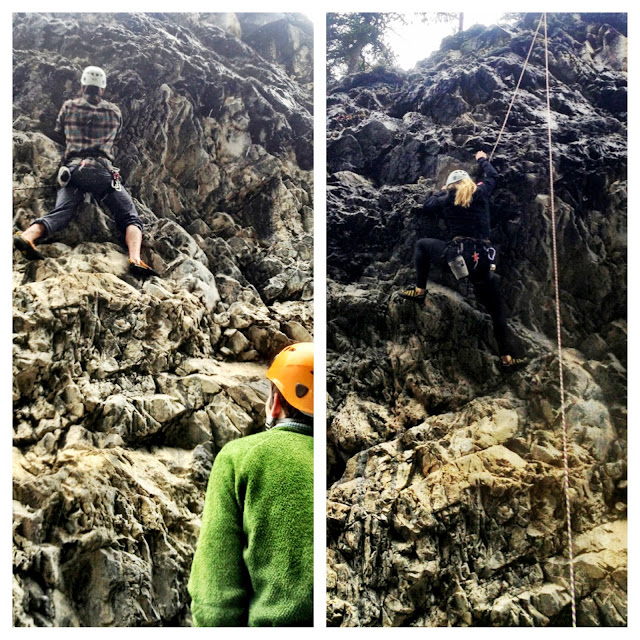 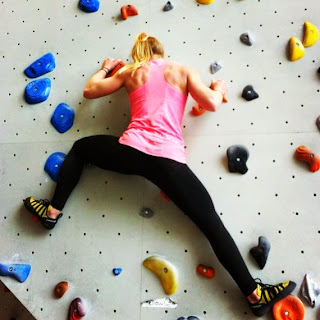 Many people know my mountain biking history up until this point. To make a long story short, I didn’t bike as a child. I don’t mean that I didn’t mountain bike or bike 10km to school. I mean that I did not bike. I can’t remember owning training wheels. I remember riding a bike once, and that was in the halls of a hotel room. When I was 17 and made the National Alpine Team, I was told to buy a bike, so I did. 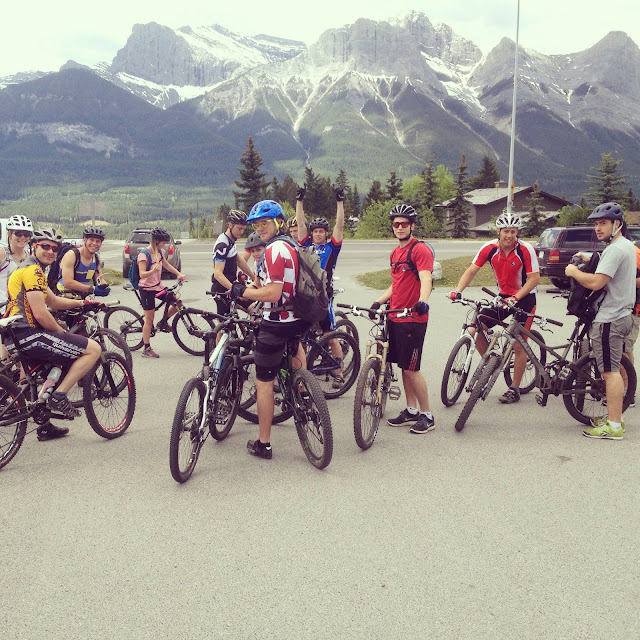 On our first ride, I fell off on the first 2m long hill (I am not kidding). After this, I was quite far behind the other girls, so I worked as hard as I could to catch up. I worked myself into an asthma attack and I was too afraid that I would pass out if I sat down, so I continued to hike my bike. Eventually I decided that I couldn’t continue, so I turned around, and found a coach, who took me down a single track. I went over my handlebars within the first few meters of the trail. 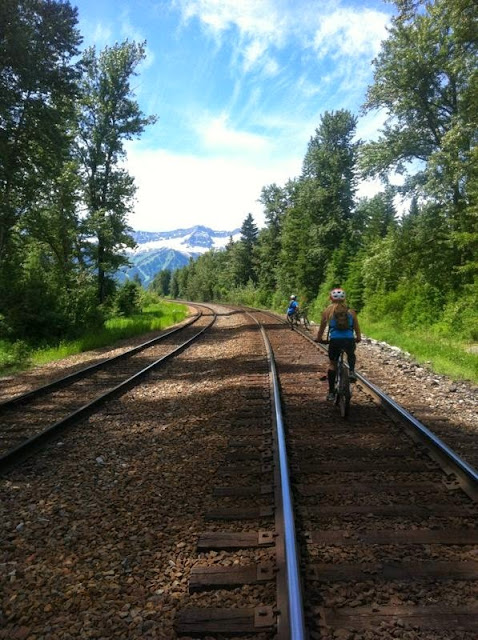 The following weeks I would hope for rain so we didn’t have to ride, however day after day would bring sun and I would hit the trails, literally. A spatula was needed to pry me off the ground some days. Usually, I went over my handle bars at least once a day. I would have to get off my bike and rest when my heart rate went over 200. To say the least, I was terrified. I tried biking a few more times and each resulted in more fear, frustration or a broken helmet.

This year I decided to conquer my fear. I decided to start at my own pace, walk where I needed to walk and be smart about the situation. 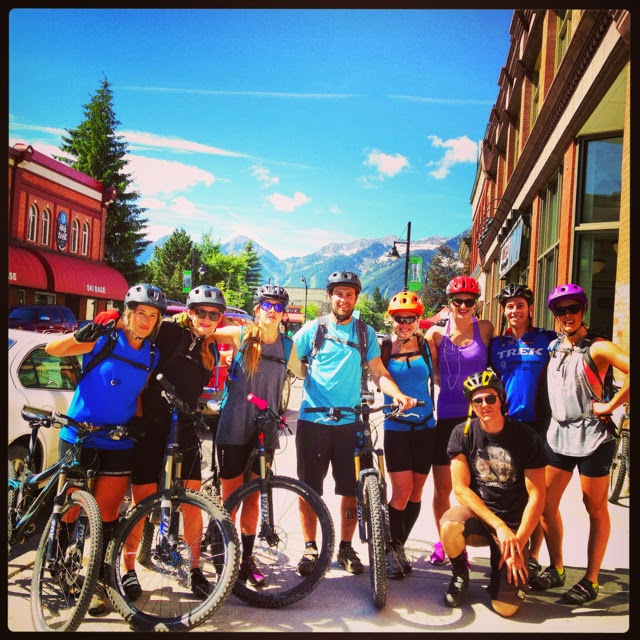 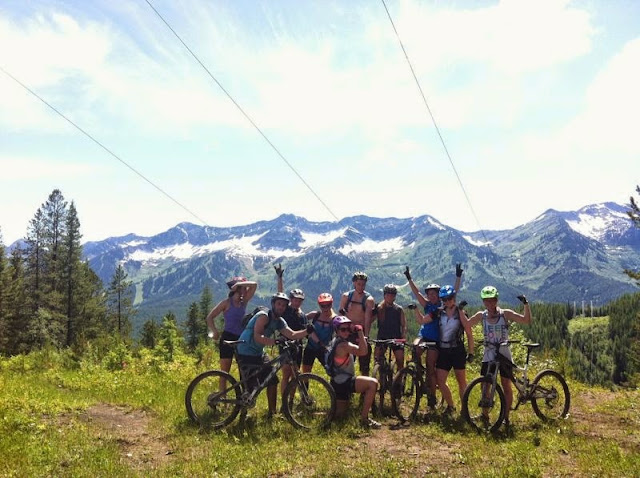 Of course I had a few crashes, another ending in a broken helmet, but I started to improve. I started to be able to keep up on some of the uphills, and stay on my bike during the downhills. “I have accepted fear as a part of life…I have gone ahead despite the pounding in the heart that says: turn back.”  -Erica Jong 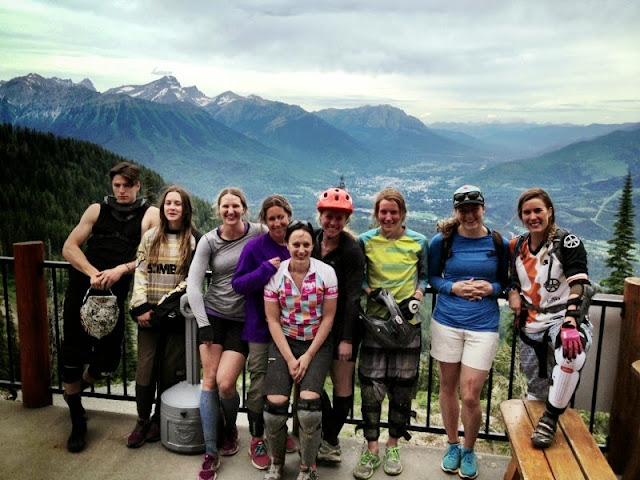 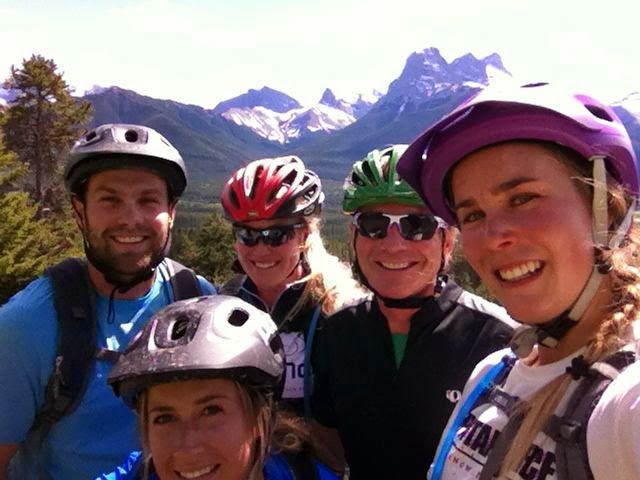 This summer I agreed to go river surfing with friends. There is a standing wave in the Kananasis river that is for kayakers. I was picturing a very calm river, with a nice wave, however, this river was moving quite quickly. I stood at the top of the cliff looking down at these guys and fear was making a low growling sound at the back of my mind. I was comforted knowing that it was a man made river and many friends were around, however my blood was pumping and my heart was pounding. I put on the wetsuit, refusing to tell anyone that I was scared and having second thoughts (however I may have given myself away by putting the wetsuit on backwards). 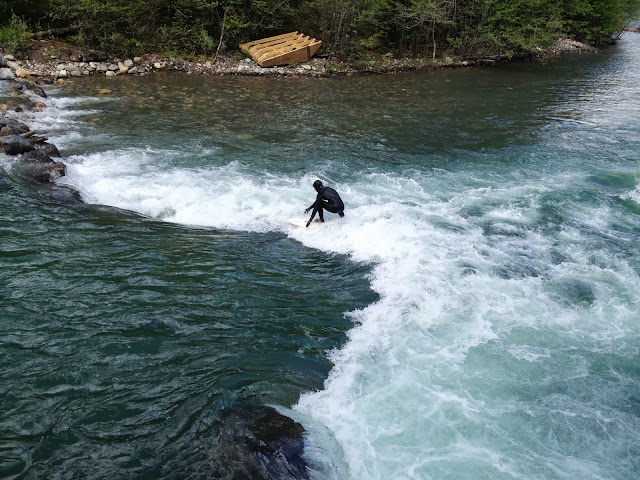 I sat there at the side watching these guys try to surf and fail, and then try again and succeed. Eventually, it was my turn. I tried to get into the part of the wave that keeps you there, but got sucked back out. I didn’t fully realize that you have to swim right when you hit the water and got carried quite far down stream. The next time, I found my way to the correct spot for a little bit, got on my knees and then got dragged out again. This time I tried to swim as soon as I felt the icy water, but my arm got tangled in the leash and I was dragged down the river again. However, now I was hooked. I needed to get up. The fear was there, but I was thinking through it, learning and wanting to conquer. I didn’t stand up that day and actually surf the wave, but I conquered my fears.
I started to face my fears in gymnastics, 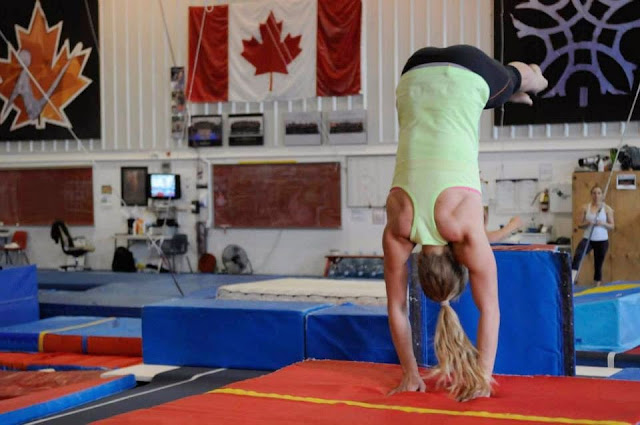 velodrome (where we do motor pacing, which is biking at about 47km/h behind a motorcycle) 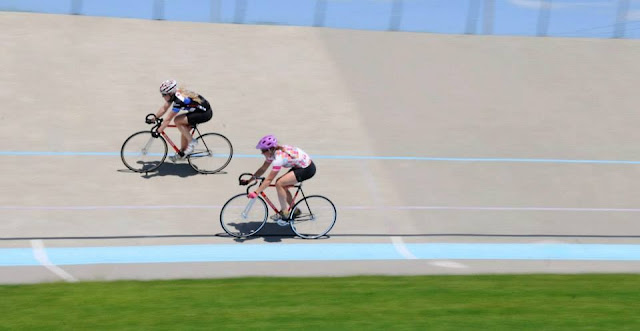 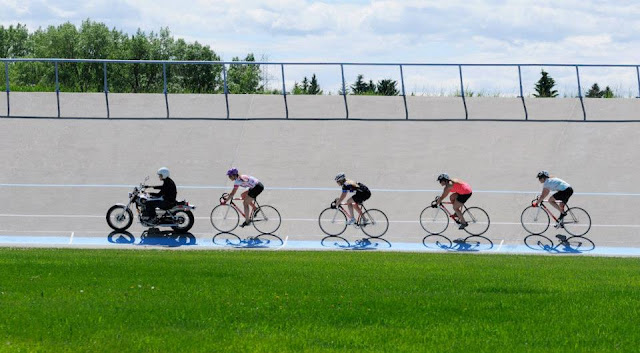 and in the gym.

This mindset began when I was in Maui with a really stupid saying; YOLO, meaning You Only Live Once, like any of us really thought otherwise. However, it does have a good meaning. If we only have this one beautiful and messy life to live, why not; 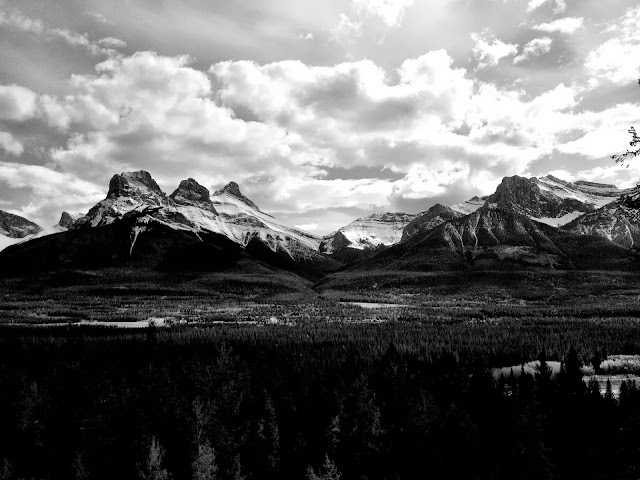 Why not learn how to mountain bike? Why not fall down a few times? Why not learn how to surf in waves that you don’t quite trust yet? Really, why not? It is fear that stops us from doing these things. I stood at the side of the beach many times looking out at the water, thinking about all of the things that could go wrong. 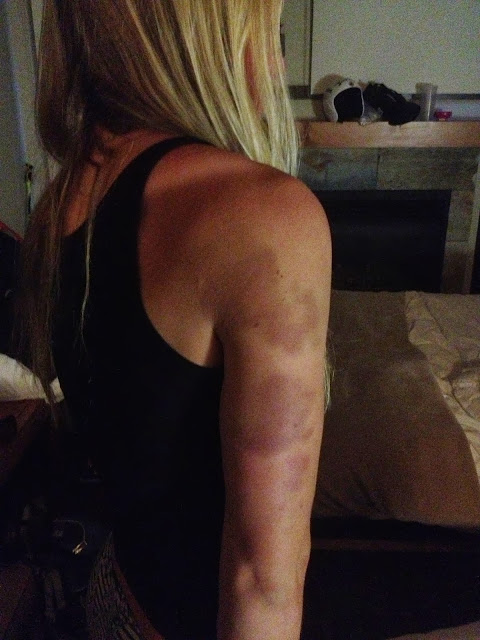 However, sometimes that fear makes us forget about all of the things that could go right. The exhilarating feeling of catching a wave and riding it to shore. 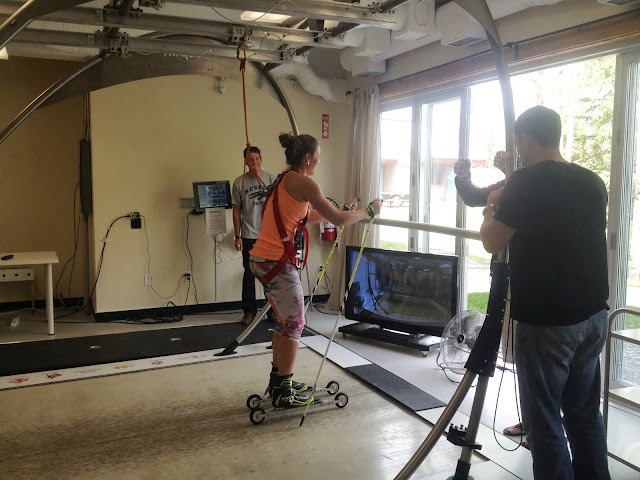 Most of my summer I spent dealing with that little voice inside my head that told me that I couldn’t do it, and proceeded to list a million reasons why. However, I decided to notice that the little voice of caution was there, take it’s warnings, make sure that I took as many precautions as possible, and then do the activity anyways. I’m not saying that I was a daredevil this summer. I am not saying that I did everything that came to mind. I’m saying that I took calculated, measured risks. I watched other people as they succeeded and tried to study what they did. I watched people while they failed and discovered ways out of tough situations. I am not saying that every risk is worth taking. I won’t be jumping head first off of a cliff anytime soon, however pushing your own limits whatever they may be, is worth it. 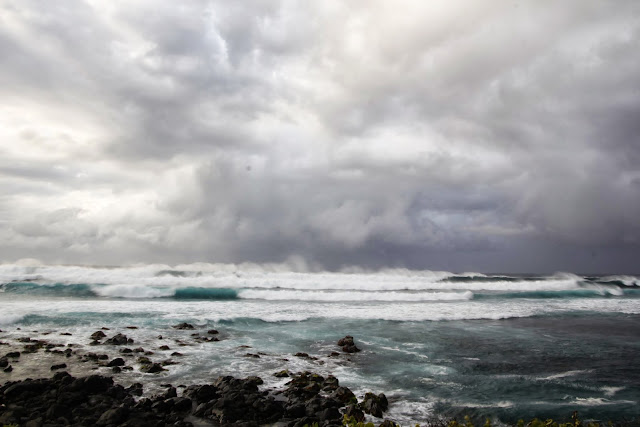 “Be fearless. Have the courage to take risks. Go where there are no guarantees. Get out of your comfort zone even if it means being uncomfortable. The road less traveled is sometimes fraught with barricades, bumps, and uncharted terrain. But it is on that road where your character is truly tested.  Have the courage to accept that you’re not perfect, nothing is and no one is — and that’s OK.” ~ Katie Couric 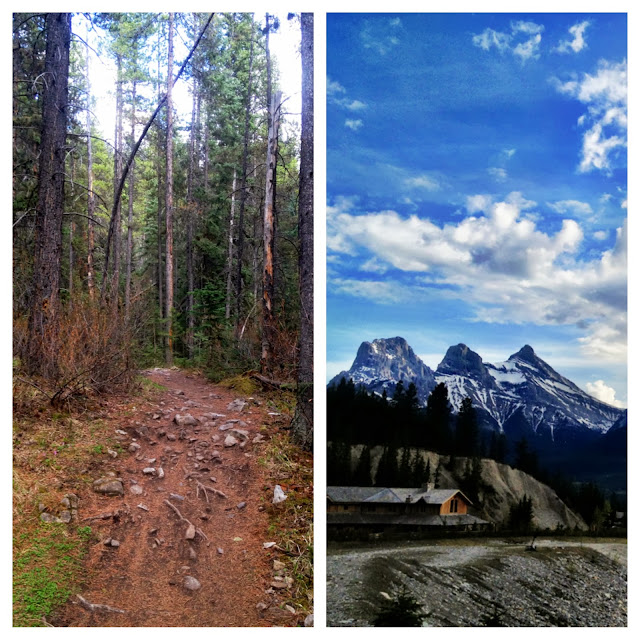