Before World Champs I hadn't blogged in a while, so now I will rewind a little bit and fill you in on some of my other races.
My Dad flew out to Europe just for my race at Flachau. 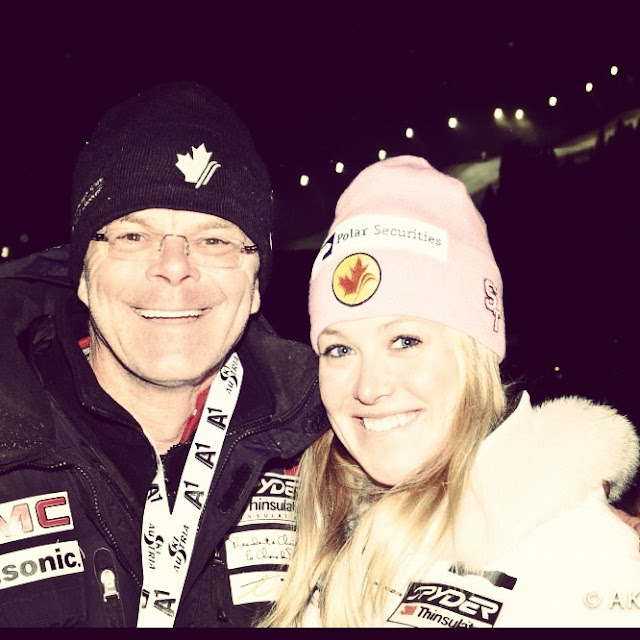 We raced Flachau a few days after our trip to Egypt, so I felt rested and ready to go. However, I brought the wrong intensity to Flachu. I made a few mistakes near the top and backed off after these mistakes were made. I ended up 10th, which is my 4th best result to date, however I wasn't satisfied. I knew that I backed off, and I knew that there was much more left in the tank. 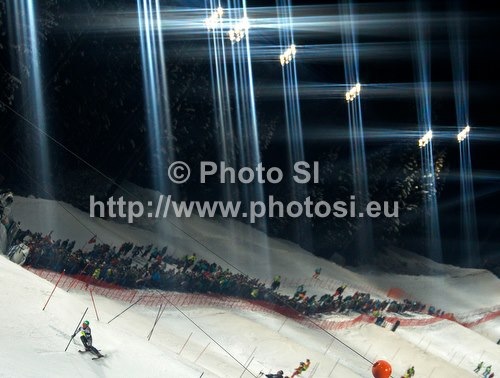 After Flachau, we had a few terrific training days in Maria Alm. We trained both slalom and gs and it was nice to get back on my longer skis! 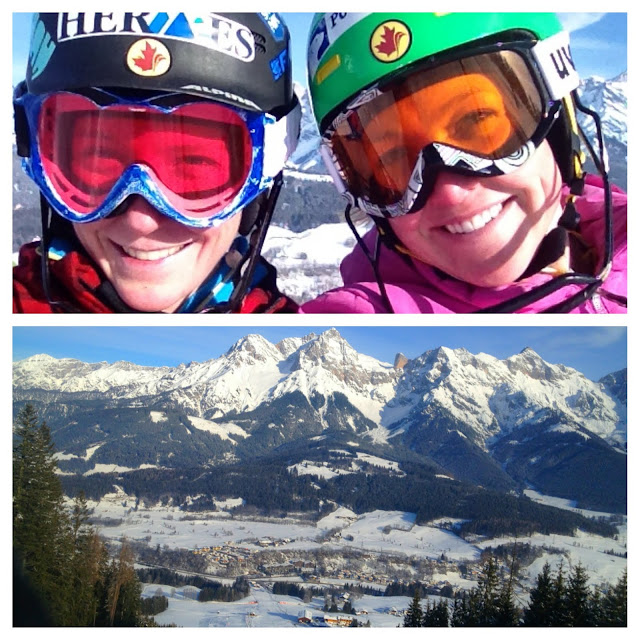 Mitch and I found our new favourite meal in Europe. Often-kartoffl- which is a baked potato, with sour cream, covered with veggies and chicken. Mmm! 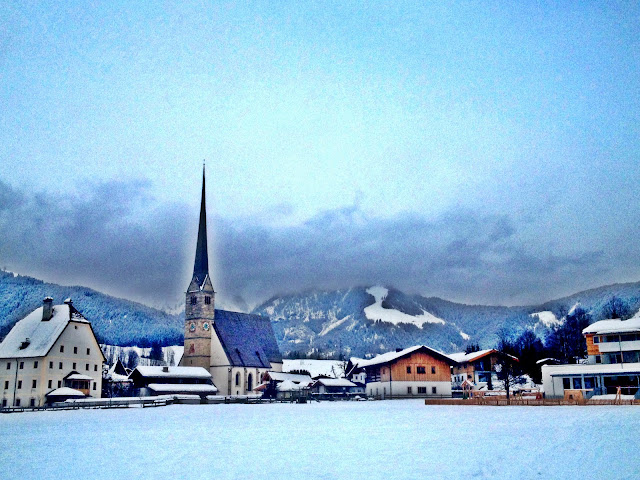 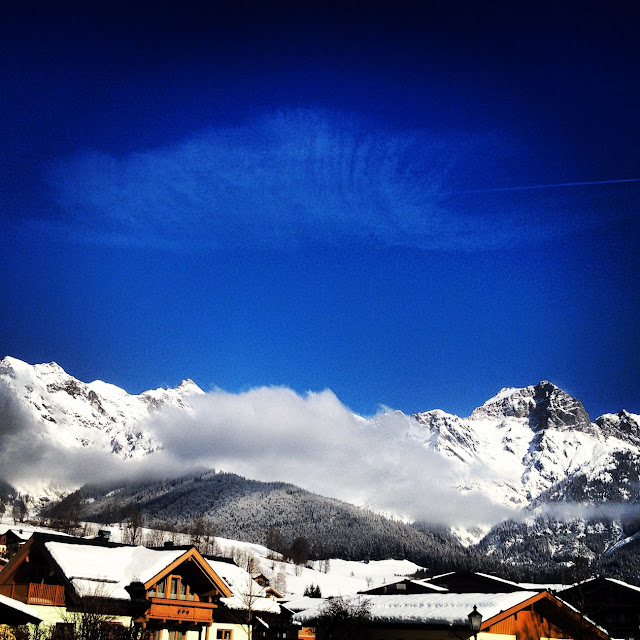 Finally, we headed to Maribor. Leading up to Maribor I struggled a bit with lower back pain. I didn't feel my back in the course, however I raced with foot warmers on my back to keep my back warm and moving.
I was excited to get back into racing, and I felt good in training! 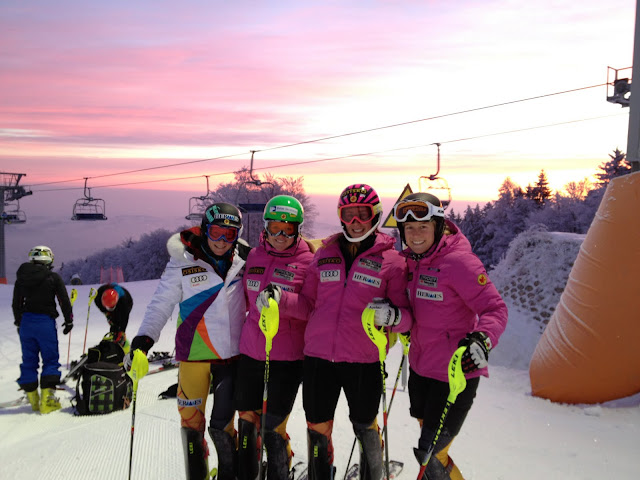 The plus to waking up while it is still dark is that we get to witness the sunrise! 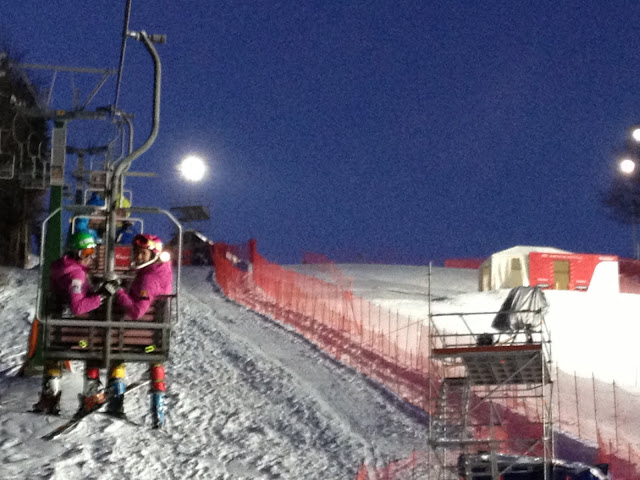 I have no more pictures from Maribor because I didn't make it very far down the hill. I was a bit slow out of the gate, but I had a plan for the run as a whole. As I crested the break over, I started to feel good. I was in a good place, my skis were biting and I was in a position to really push; and I started to do just that. I finally found that illusive feeling on my skis, that I have in training but have been struggling to find in the races. I had won the section between the first and second intervals, and was currently in 4th place. However, my skis got caught in my switch and I fell. I tried to get up to finish, but I continued falling.
I am usually quite upset when I don't finish, but that illusive feeling kept me strong. It kept me level headed that day and although I didn't finish, this was the first time that I have ever truly believed in myself.
After Maribor I headed to Vermont to visit Kevin, do some laundry and feel like a normal person again. 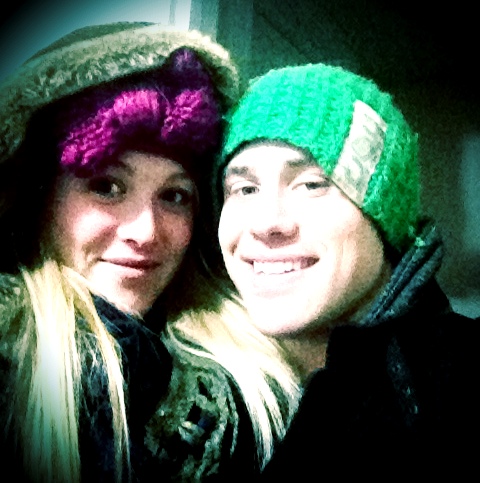 We went to see Keane one of the days. 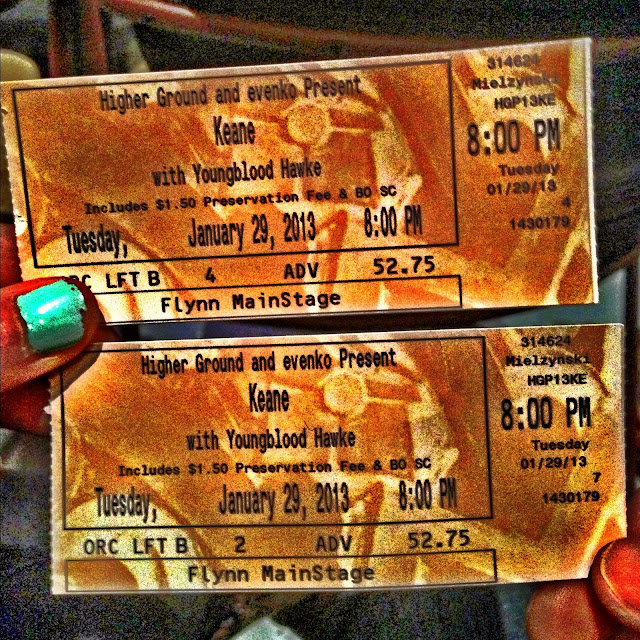 And he was absolutely incredible live!

I finally was able to do my laundry. My final load before heading back to Europe was done in this dungeon...
This looks like a scene from a horror movie! 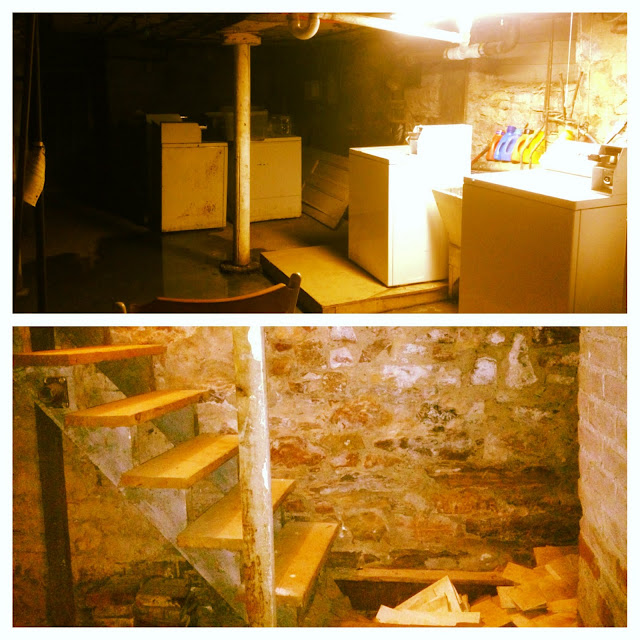 This is my sweet ride in Burlington, well actually the towel strapped over the back metal piece is where I sit. 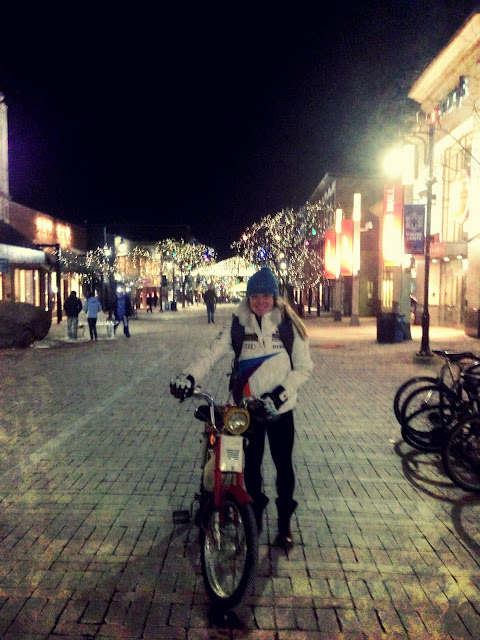 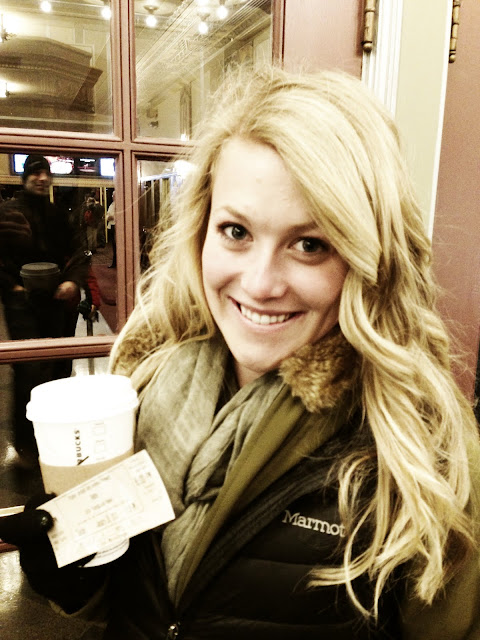 FASTFORWARD!!
Now I am back at home after world champs. It is nice to be home with my family, my animals and all the comforts of home (aka real laundry!).
And my book shelf! 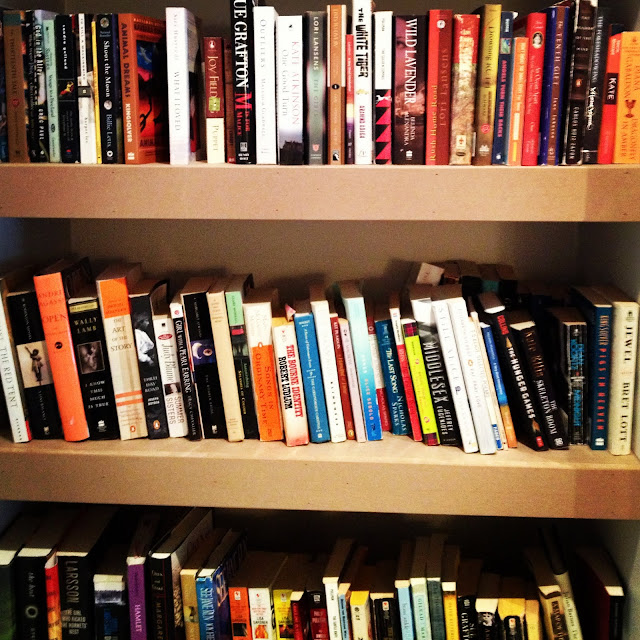 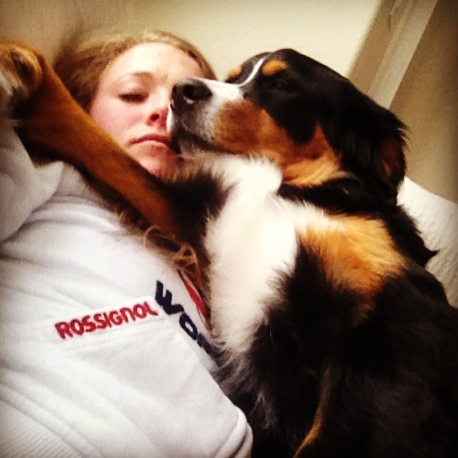 I returned home to find this...
A little lion. 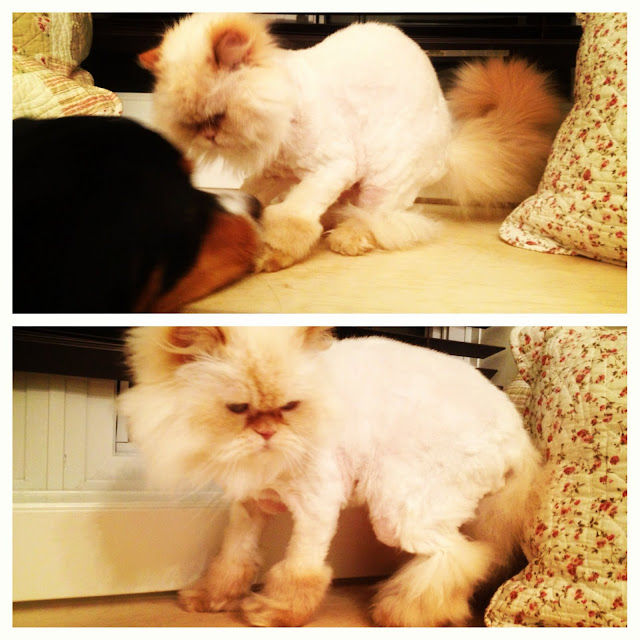 He had to get stitches and they decided to shave him down. Now he is a cold baby lion!.... not to mention that we used to think he was fat because of his lustrous hair. 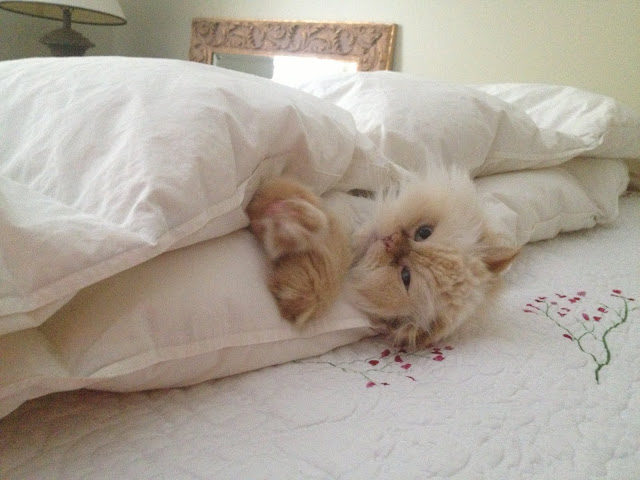 One night we decided to have a big family dinner! :) I love family dinners. As we were all settling down and talking there was a knock at the door. It was the doping control officers (drug testers). I thought that this might be a joke considering that I had been tested a week ago and this would be the 5th time I was to be tested within 3 months. It was not a joke, however the testers were very nice, so this always helps the process. And I got free cards... euchre anyone?
I was able to ski at Georgian Peaks for a few days, and my grandpa joined us! He is 81 years old and he doesn't just ski, he rips!! 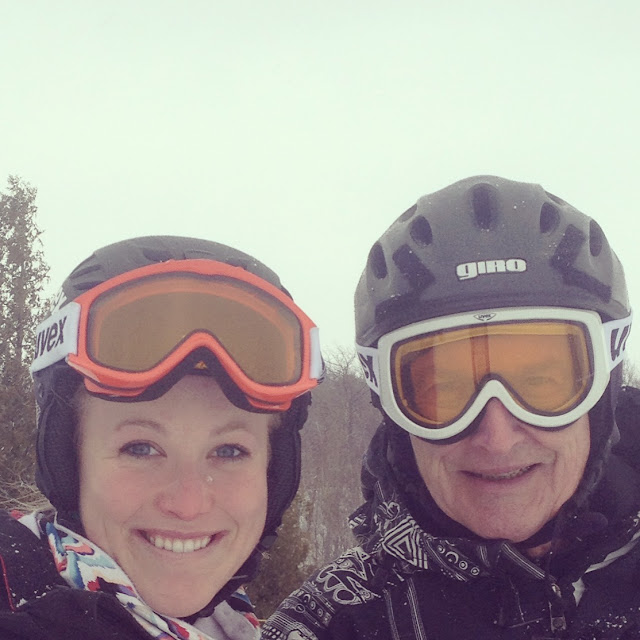 I was able to attend the Peaks auction and hand out awards at the U18 Nationals! 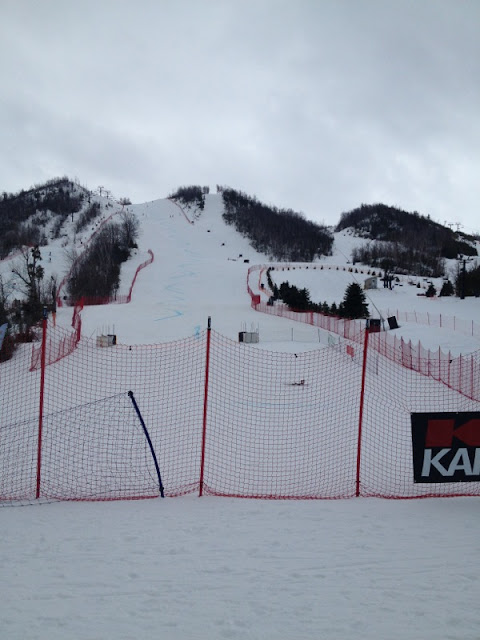 My Air Canada elite card came in the mail! This year I flew 77,000miles, and I have a feeling the coming year will consist of even more flying! 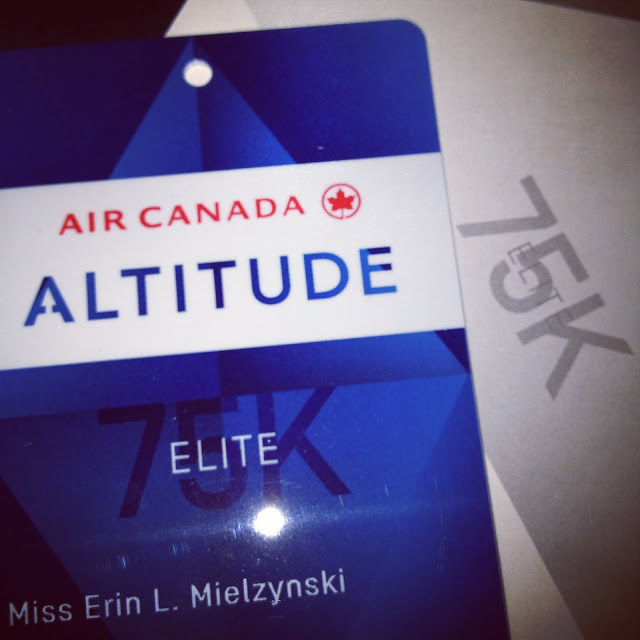 And I will leave you with this.... 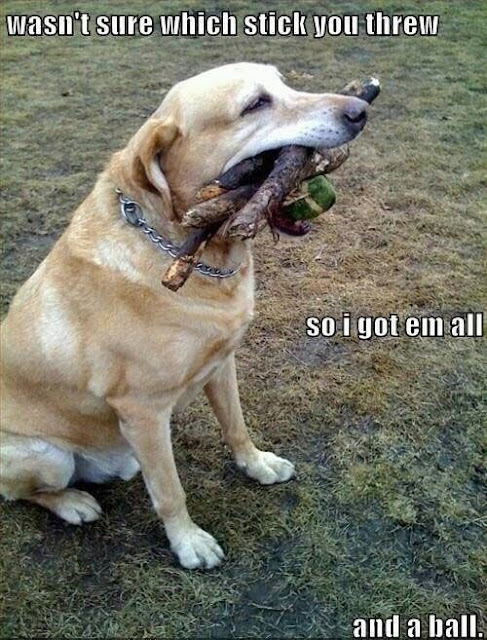