First of all, this year our team decided to stay in Europe for Christmas and train during the holidays. We have been in Europe for the past few Christmases, but this year we celebrated in a different way.
We skied! Merry Christmas! 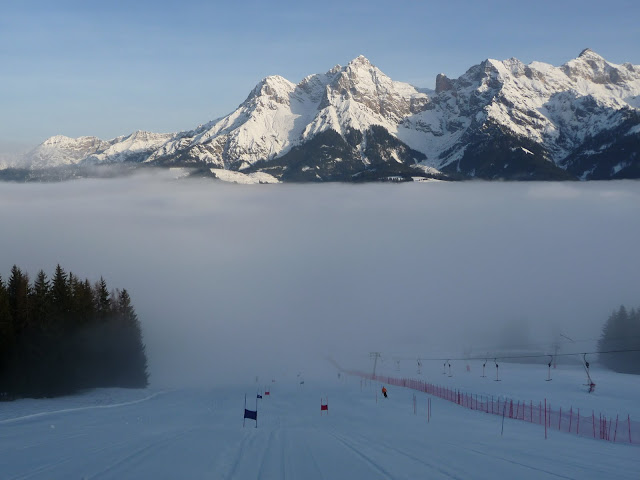 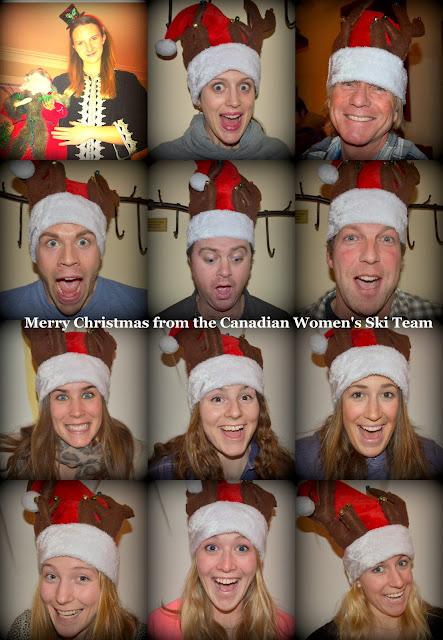 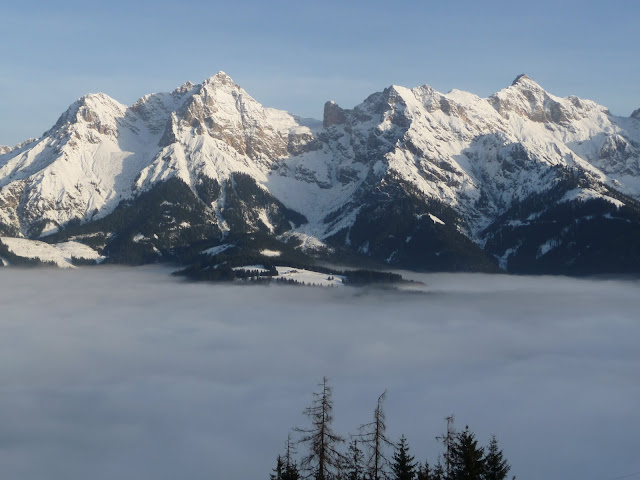 After Christmas, we headed to Semmering for a night slalom race! 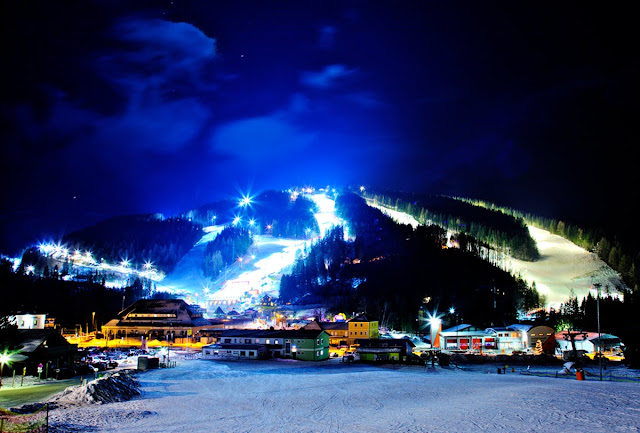 I made many mistakes on both of my runs. It was frustrating and I did't ski the way that I wanted to ski. I ended up 18th on that race. 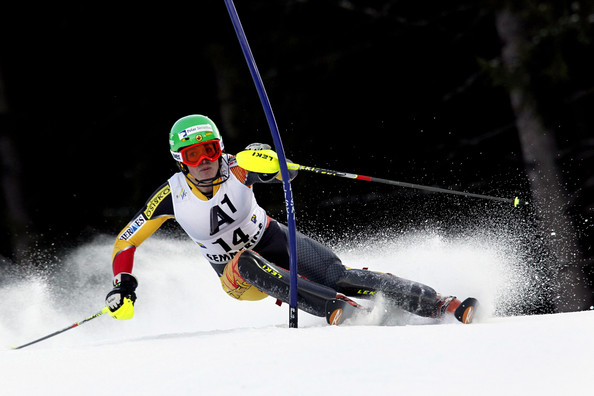 However, this is what happened 2 years ago in Semmering, so... I guess things are... looking up. 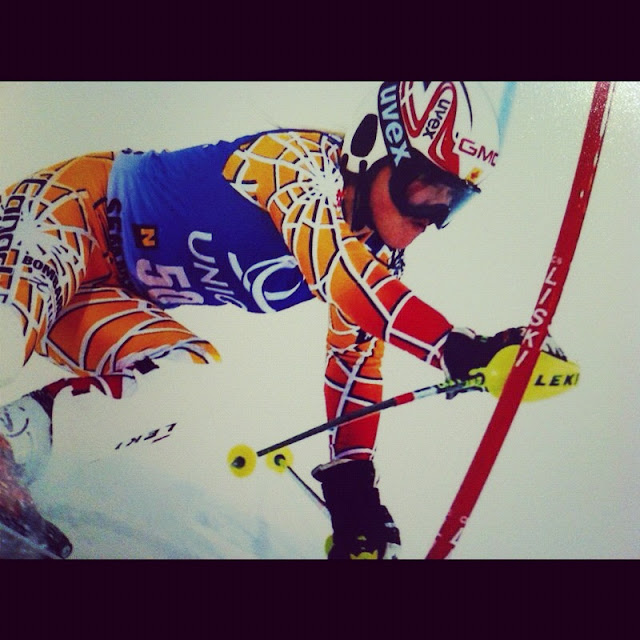 (**Many of these pictures I found online, thank you to everyone who took pictures, we all appreciate it!**)

After Semmering, I decided to go to Munich to race the dual slalom at the city event. It was an incredible experience! It made me realize just how much I love skiing and how it is such an incredible sport!
My first opponent was Mikaela Kirchgasser. On the first run I had a pretty good start. I ended up just 0.02 behind Kirchgasser. On the second run, I wanted to give it my everything because there was no point in holding back. However, I really messed up my start and had a lot of time to make up. I ended up cutting the line off a little bit too much and straddled the GS panel. Ouch! 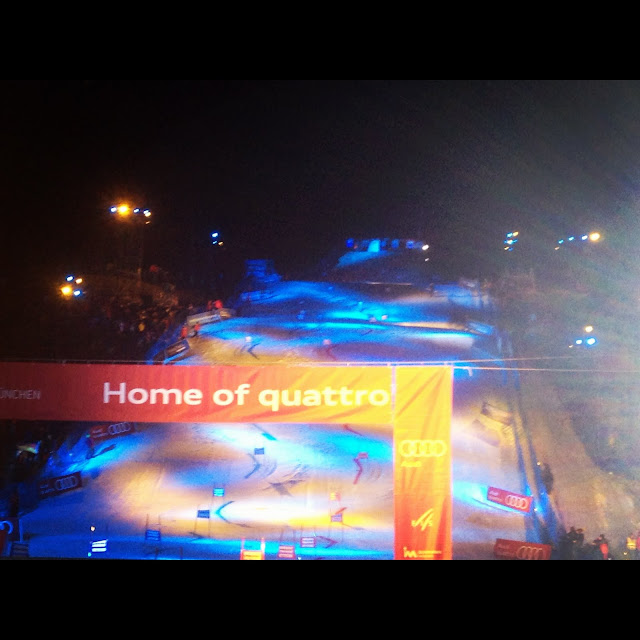 After Munich I ready to race although I trained very little between the two World Cup races. However, I had a plan. 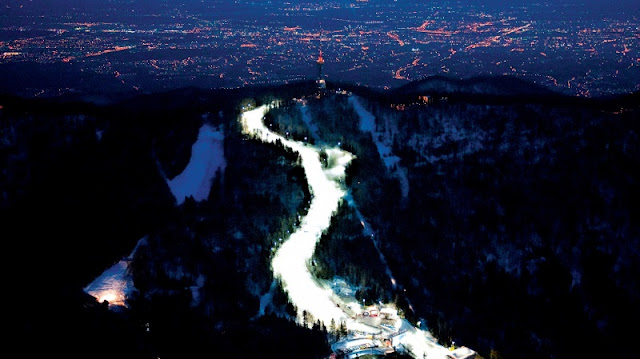 My two previous years racing in Zagreb didn't go well at all. I barely made it 10 gates and ended up not finishing. This year was a year that I wanted to put those demons to rest. 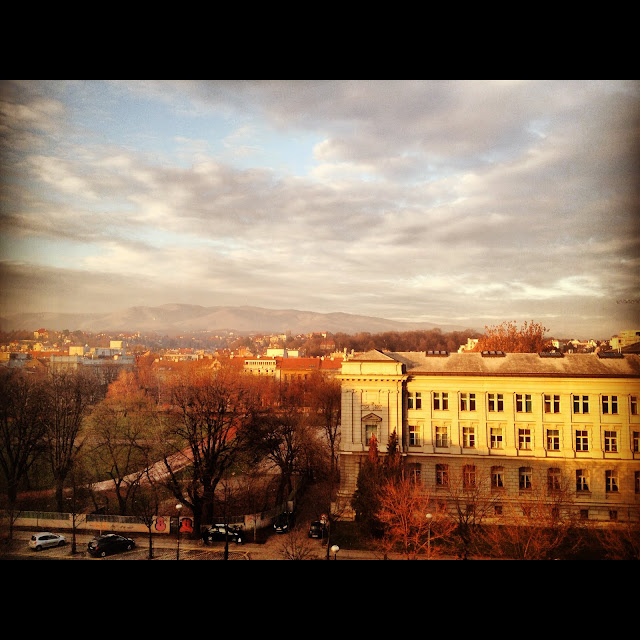 In the bib draw I drew number 8. One of my favourite numbers. Before the race started, I decided that I wouldn't try to find a race gear or "attack" as some people say. My skiing has changed a lot in the past few years and I feel as if I need to change with it. I have to realize that in my skiing I can't look for a 6th gear. I have to trust my skiing. 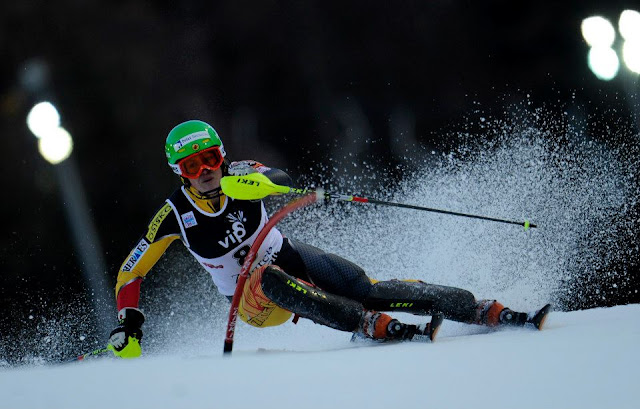 I was going to be happy with how I ended up as long as I skied the way that I know how to ski. The way that I have skied run after run in training. 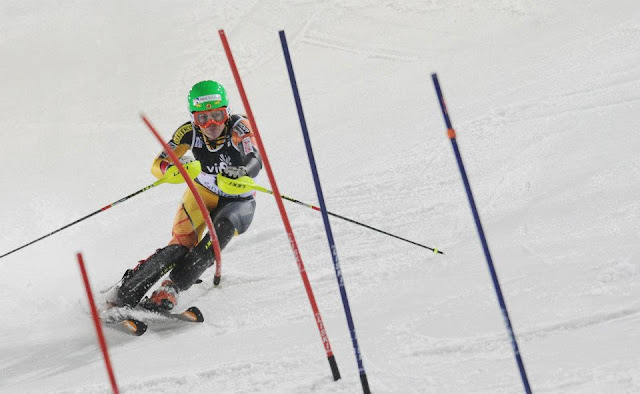 I stood at the top of the hill and looked around me. I noticed that for the first time Zagreb was clear. Standing at the start I could see lights from the town flickering below.
After first run I ended up 5th. There was still work to be done in my skiing, but I was happy. 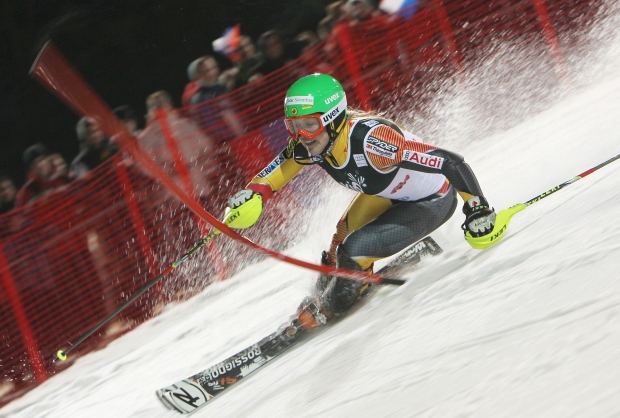 When I reached the finish line second run, I looked at the board and saw a green light!! That is one of the best feelings in the world. Seeing the green! 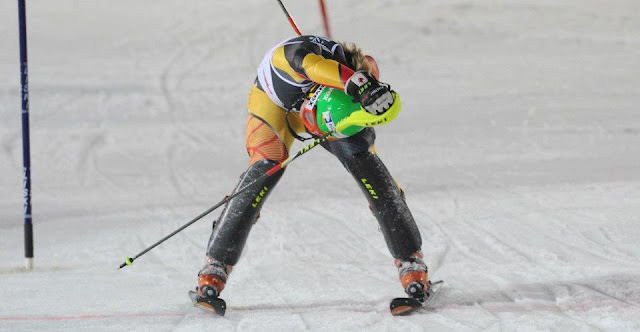 I was incredibly happy, and it felt like deja vu after last year in Ofterschwang. I headed to the leaders box and waited for the last 4 girls to come down, knowing that I was guaranteed a 5th. 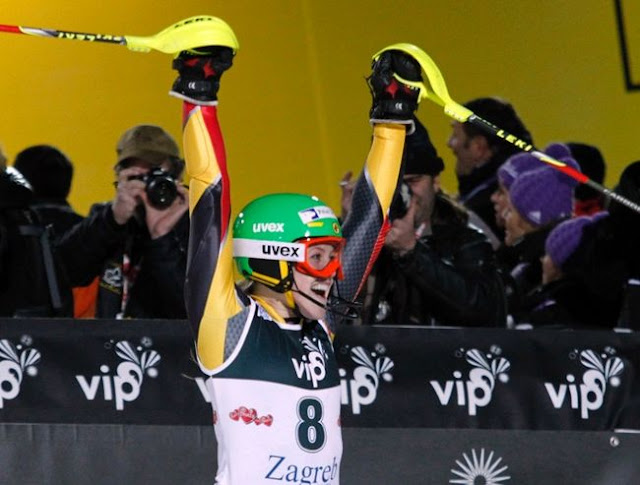 The girl after me, Frida, took over the lead after her strong run. However, the next two girls didn't finish the run. The last girl to go down was 17 year old Mikaela Shiffrin. She smoked both runs and won the race! 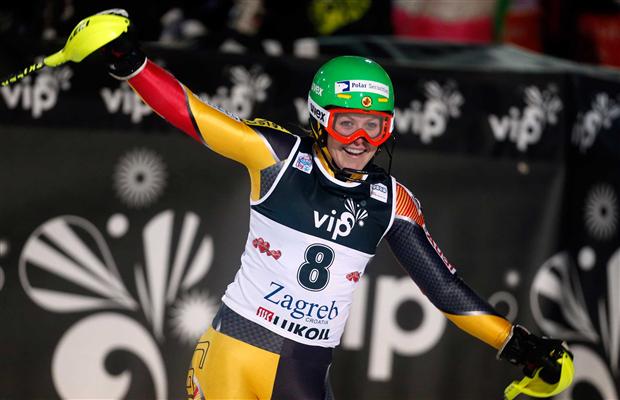 This meant that I came 3rd!!! This was my second time on the podium in a World Cup race! 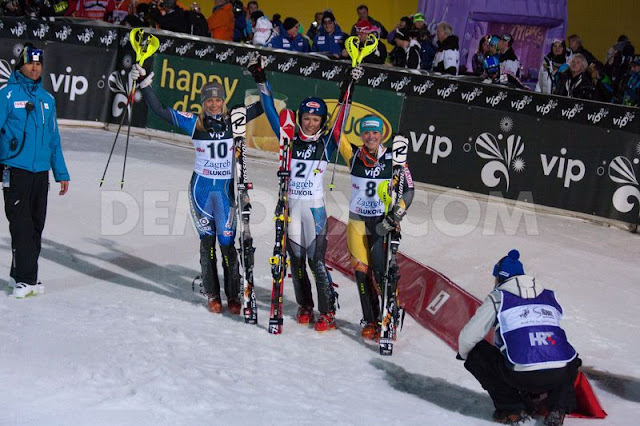 It was such an amazing moment in my skiing career. I felt relief finishing on the podium after my win last year. It felt good to hold my hand in the air with the two girls beside me. 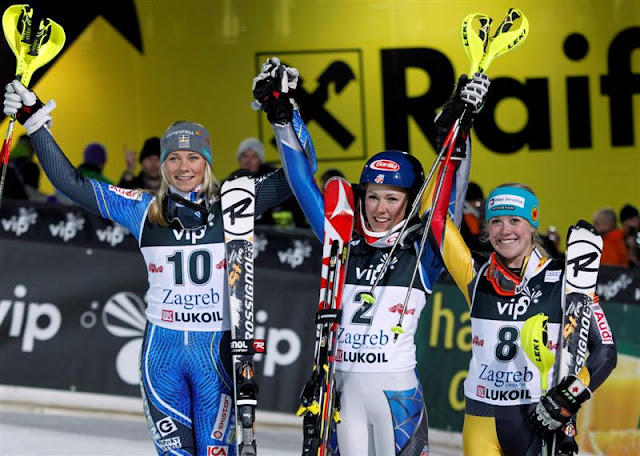 Mikaela was the Snow Queen in Zagreb and she deserved that spot on the throne! 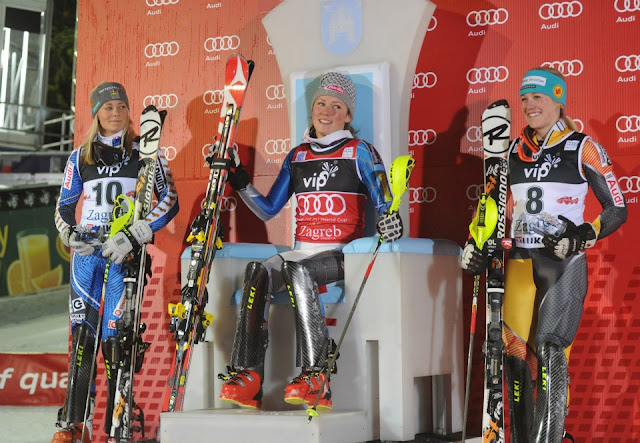 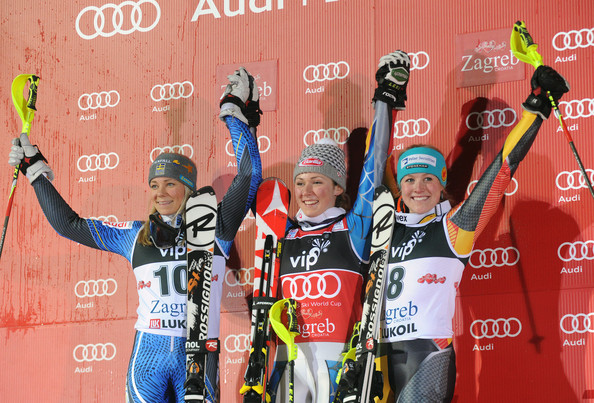 Except there were a few difficulties opening the champagne. A man solved the problem by opening Mikaela's bottle with his teeth! 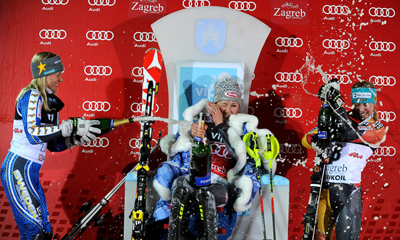 It was such an amazing day and again I felt that all of my hard work paid off. I felt at peace and happy with the way that my skiing came together. Of course, after every race we fine tune and make adjustments, but with every race I learn, and in Zagreb I learned huge lessons with a silly smile plastered on my face.

Thank you to everyone that has helped me get to where I am today. I love what I do and it is shaping me into the person that I will be in the future. 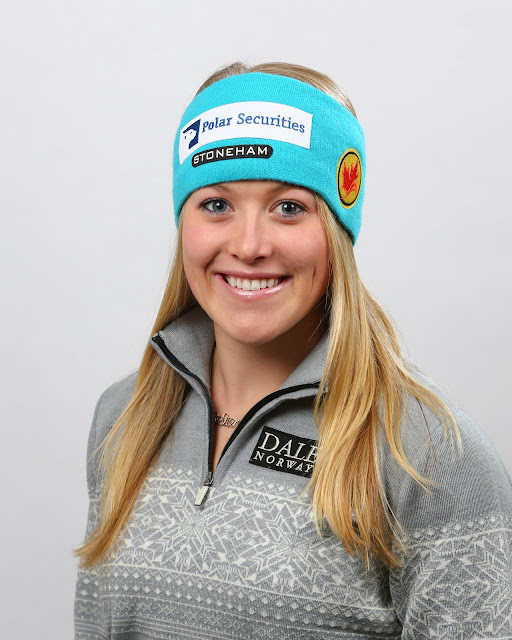 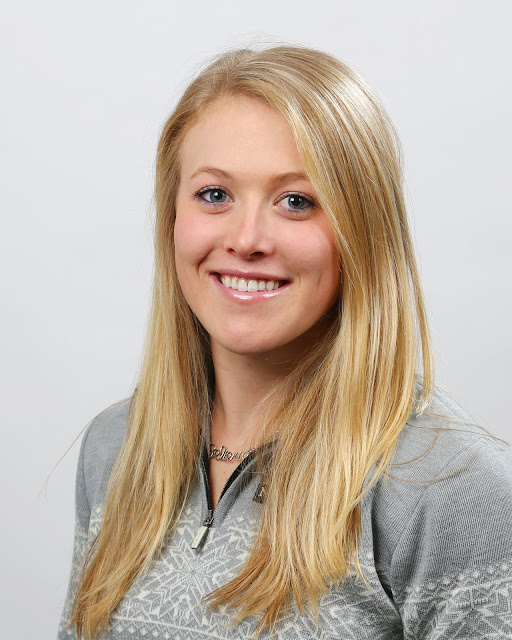