First of all, I was trying to take pictures off my camera for my first Canmore blog, and I found these...
MP and I shopping in Quebec City during spring series! 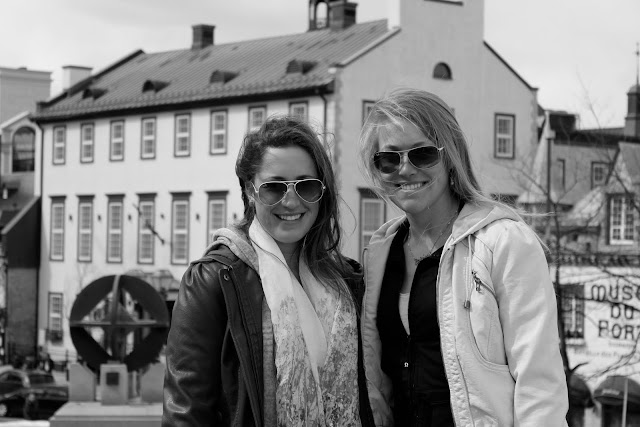 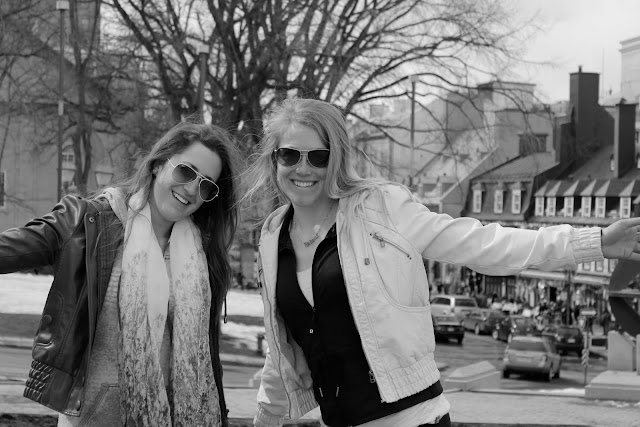 Now that I'm in Canmore, my face is not this happy after spending money. 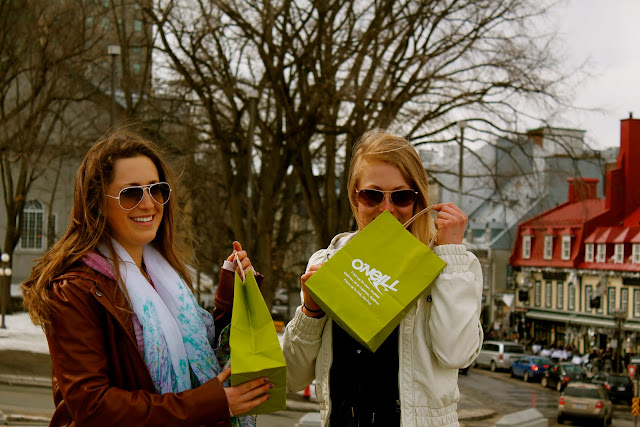 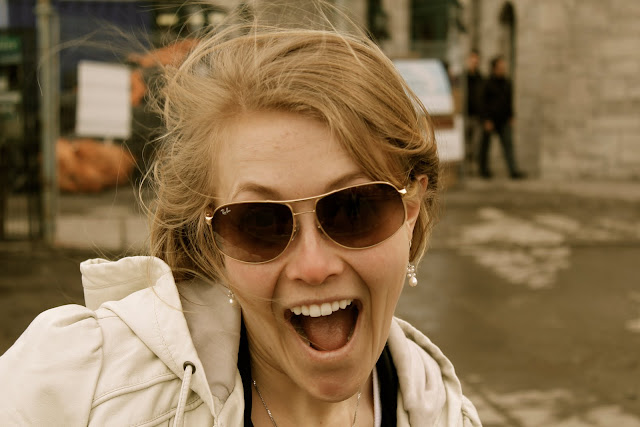 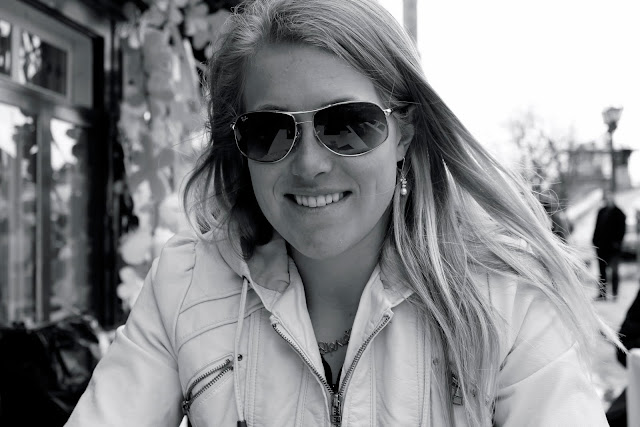 Kevin joined us along the way after skiing for a bit. 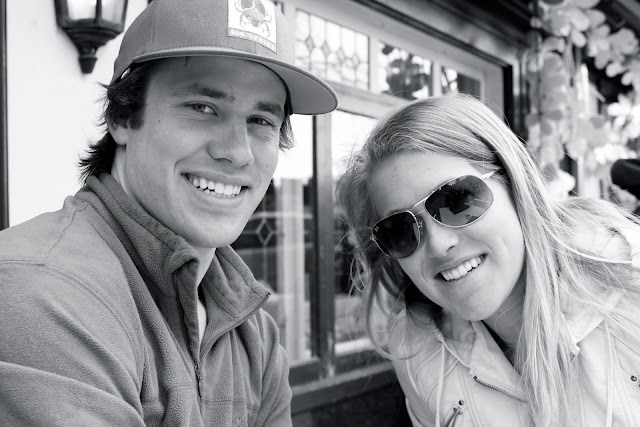 We stopped for some drinks on a patio! 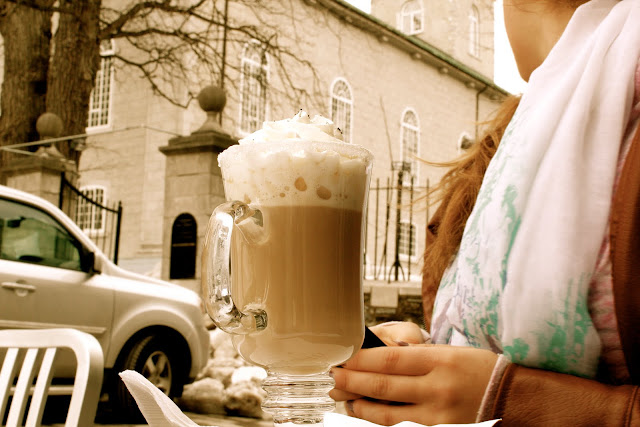 Then the walking was over... A few weeks later, my mom and I packed up Kevin's family's Matrix and drove to Canmore. When I clocked the route it said that it would take 36 hours of driving. Before we left Toronto, my Mom asked if I was sure that I didn't want to drive the first shift. I promised her that I was happy taking the second shift when we got out of the city.
What I haven't mentioned yet is that the Matrix is standard, good on gas, but not very good for unpracticed or completely new drivers. My mom was unpracticed and I had driven the car a few times around the block. Maybe the idea of driving a standard car 36 hours was a bit courageous of us.
However, once we got rolling my Mom settled right into her old patterns. Starting smoothly and rocking to the music.
Whoever was in the passenger seat had to entertain themselves and the driver.

"Hurry Mom, look what's in the distance..." -Then I hear my mom frantically unzippering my camera case. (About 14 hours into the drive) 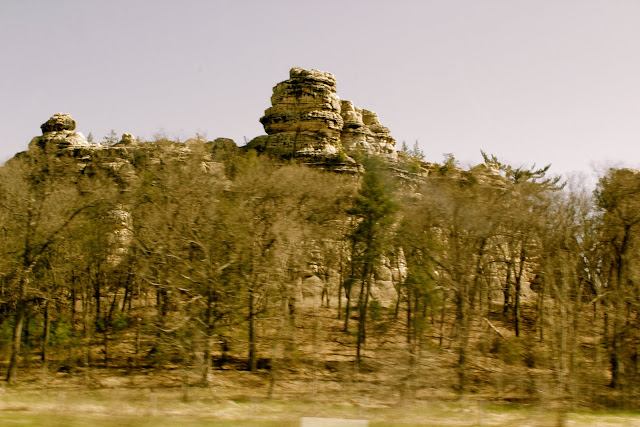 "Erin, Erin, we have to have a picture of that." So I took one, as we both smiled. (About 16 hours into the drive) 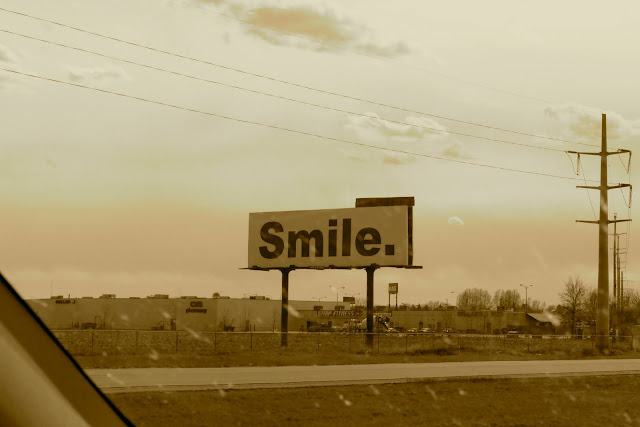 There was flooding everywhere! We were lucky that none of the roads we wanted to take were closed! 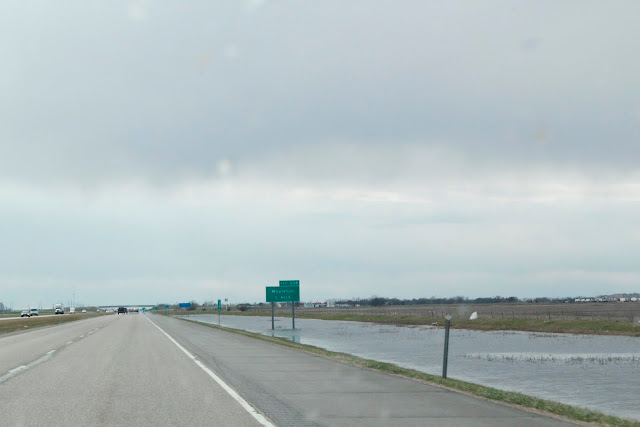 Slowly we grew bored. We had the idea that we would text Clay and Kevin and tell them that we had picked up a hitchhiker. We said, "At first he seemed nice, but now we aren't so sure." Apparently my Mom never taught me never to cry wolf. I'm not going to lie, she instigated. I ended up in the dog house, and I threw my mom under the bus...

The driving grew easier as when the sky entertained us. 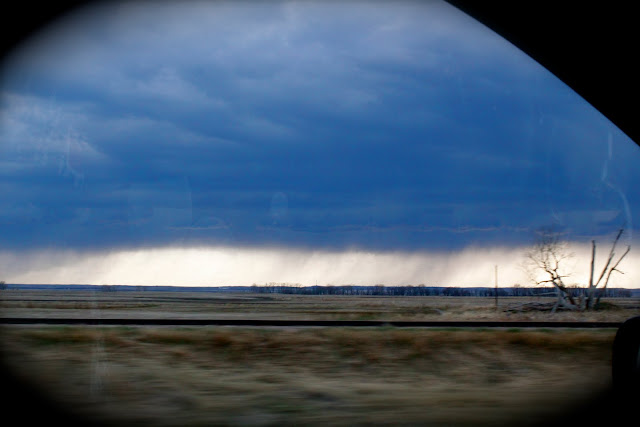 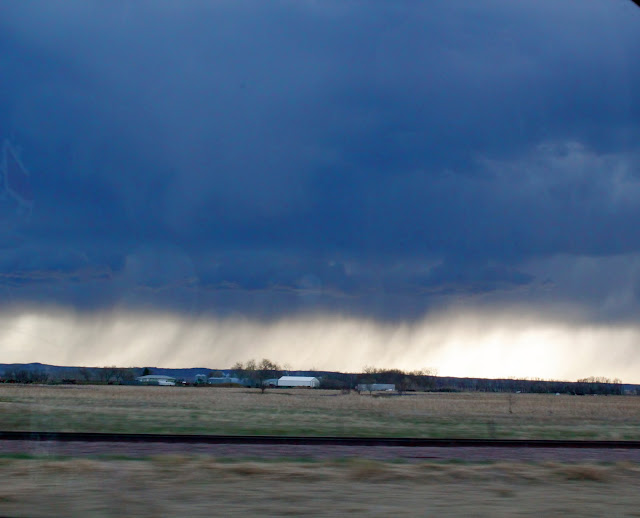 The roads may have been flat, but the sky was beautiful. 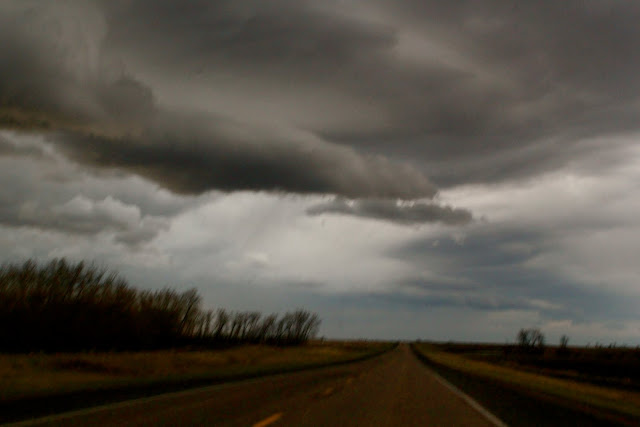 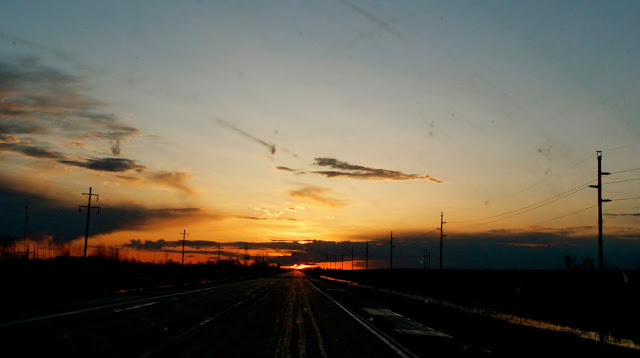 Even the flooding helped our boredom. 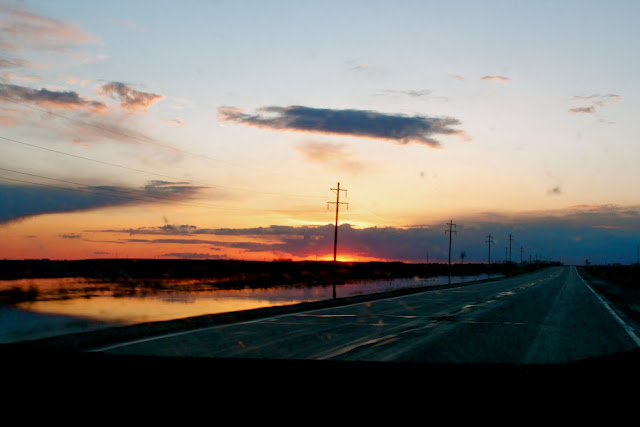 My Mom used to say that you should never say you are bored because there is always something to do. It was hard to find things to do after our practical jokes, a game of eye-spy, listening to music, comedy, a movie, and finally the sky kept us company. 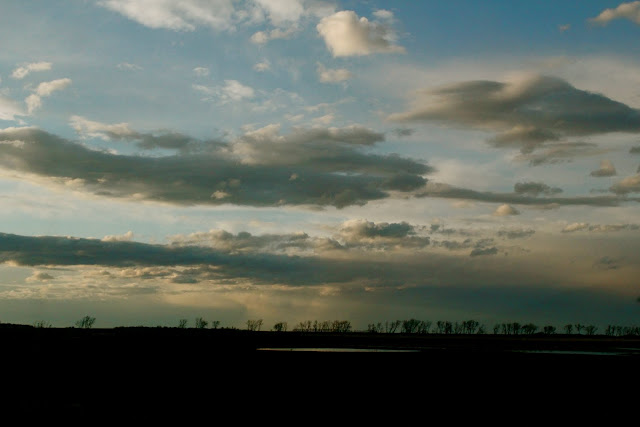 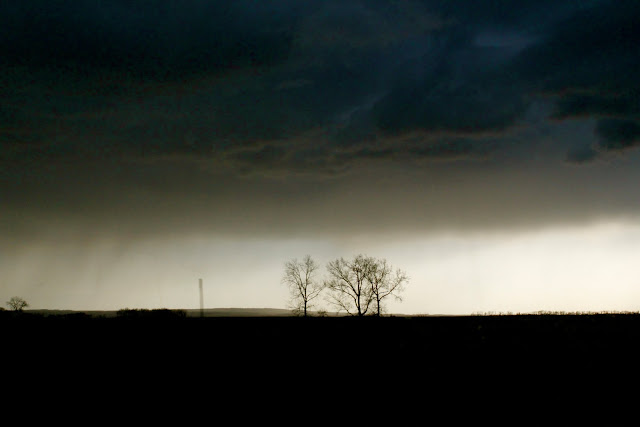 Every night it would rain, but after the rain it was a sight to see. 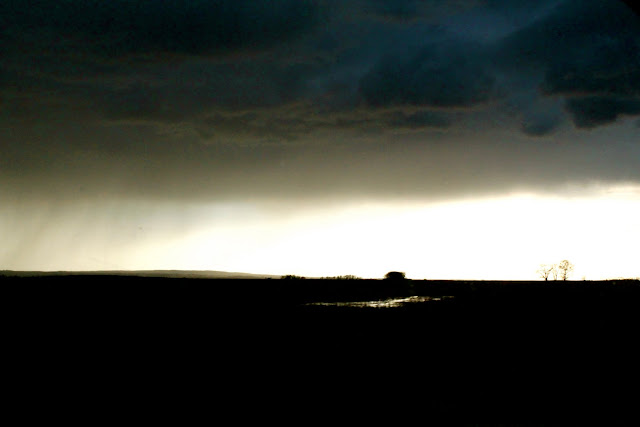 Finally, after I stalled a few times driving through Calgary, my mom and I made it to Canmore!! It's been beautiful so far! (Excluding today) The first week we did extensive testing, and I was excited to pick up Kevin on Saturday morning. Kevin and Travis Dawson drove from Vermont to Calgary. They decided to drive straight from Chicago, which ended up taking them 26 hours. They drove 25hours and 58 minutes of that trip without incident, but when they were almost at Travis's house, a goose flew up and hit Kevin's bike on the roof rack.
New roofrack- $
Other damages- $
Trav's Face- Priceless 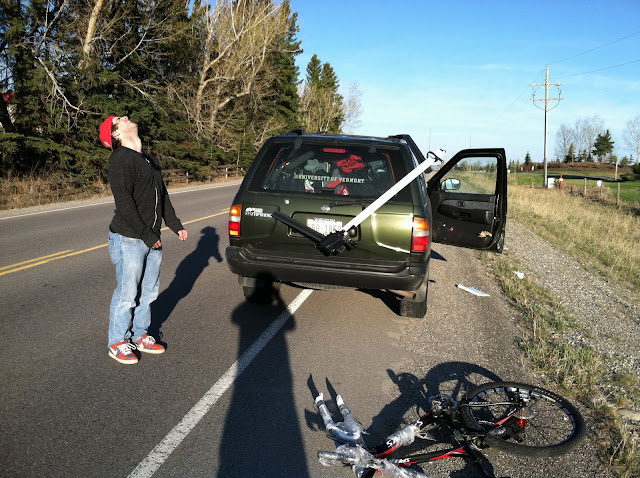 This week we started training. We have had some weightlifting sessions. I road biked in the rain, coming home muddy through and through. We did gymnastics, boxed and had a lesson at the Velodrom. Today, we were told to prepare for the rain and when I woke up in the morning I learned why. It has been raining all day, so we decided to do agility and balance in the rain!! Canadian Alpine Ski Team Dryland training... no cross that out. Canadian Alpine Ski Team- Boot Camp!!
Email Post